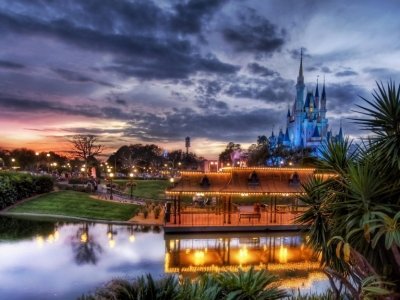 1. People Pretend to Be Disabled

This is probably one of the worst things to witness when you are working at Disney World. People cheat their way around waiting in line at Disney parks. The most common is by trying to get a handicap pass. And I don’t know if you’ve heard, but some parents go as far as hiring handicapped people so they can skip lines at the park. How crazy!

I guess this is pretty clear if you’ve ever visited the parks. Did you know that those jobs, even the character jobs, are super competitive? People have to audition and act and look the part! They then have to learn how to get the character autographs down. With both hands. P.S. If you got an autograph 20 years ago and got one today, it should look identical!

If the first point didn’t drive it home for you, a Disney park isn’t the ideal place for, ummm, “proper parenting.” Parents want to have fun at Disney World, and because they can drink in the parks, this means that some parents ditch their kids.

4. Epcot is Full of Drunks

Epcot is the park with all the education rides and the park also has a lot of liquor. If you’re smart, start at Mexico with a margarita, not straight tequila. Blackouts usually happen in Italy. People are passed out in bathrooms and littering and doing their business in bushes and trees. This is why Epcot is nicknamed “the drunk park.”

I’m mainly referring to character costumes, here. They cover your entire body and absorb all your sweat, so it’s a hot mess. But apparently, it’s still an amazing experience because it’s amazing how happy people get by just seeing Mickey Mouse! They all want autographs and pictures. All the adoration makes up for it. And to get to create a kind of magic for people that you see through Mickey’s eyes is unbelievable!

In case it wasn’t clear yet, people who work at Disney World witness really insane things. One of the craziest stories that I have heard was that some people try to spread their cremated loved ones on the Haunted Mansion. They just end up getting vacuumed and disposed of.

This one upsets me because not only does it reiterate bad parenting, the mother cared more about getting on a ride than the safety of her child! A lady tried to smuggle an infant onto the Indiana Jones ride. She was wearing a gigantic jacket and stuffed her child near the bottom to try to appear pregnant. Despite warnings that she shouldn’t go on the ride, she insisted. Once in the Jeep, her stomach started crying. If a similar plan has occurred to you, please, just don’t. Even if you get away with it, it isn’t the best thing to do with an infant!

But even with all this, I commend the employees at Disneyland and Disney World for dealing with all these crazy situations. Have you ever worked at a Disney Park? What were some things that you’ve witnessed?