7 Things That Could Get You Kicked off a Plane ... 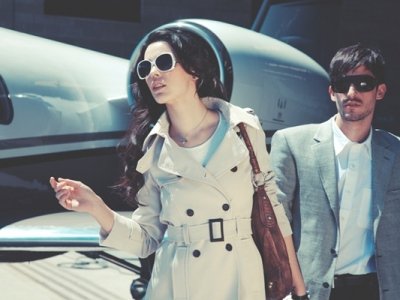 Safety rules and regulations come first and foremost for all airlines, and contravening any of them is top the list of things that could get you kicked off a plane. The seatbelt is number one priority to keep everyone safe and secure in their seats during taxi, take-off, landing and during turbulence. But if for any reason you can’t do your seat belt up – you won’t be flying. It’s against the law in most countries, as well as a regulation from national and international flight associations. Children and obese people are the worst offenders, with seat belt extenders in use for the over-sized.

2 Keep Your Device out of Sight and out of Mind

The rules for electronic devices are changing all the time, but using them outside the conditions set is still one of the ways to get kicked off a plane with some airlines. Check with your airline before flying. Some carriers are sticking with the rule of allowing cell phones, laptops, tablets and e-readers while in-flight only and having them switched off for take off and landing. Others have relaxed completely and have no restrictions. Just apply the rule of your airline and your flight will be hassle free.

Smoking has been banned on aircraft since 1989 yet some passengers still think they can get away with a quick puff in the toilet, or even in their seat! A recent episode on an Emirates flight saw an Australian man refuse to quit his cigarette mid-flight and was arrested at the plane’s destination.

Sometimes the best thing about getting on a flight is the sigh of relief that you’re on your way, and a nice glass of wine, beer or G&T can make it all the better. But make sure you stop at one or two. Drunken passengers are a definite no-no. Not only is alcohol responsible for making us do crazy things, it dehydrates us, and on a plane that can have twice the effect than when we’re on the ground. Airlines can chuck you off or refuse for you to travel even with the faintest whiff of you having had one too many, and there won’t be any reprieve.

Most of us don’t think of ourselves as violent, but fighting is one of the sure ways to get kicked off a plane. Being confined to a small space, breathing man-made oxygen, and having hours to kill can send stress levels soaring. Fights can cause planes to be diverted back to their origin or a close location, with the deviants restrained by the cabin crew. And if you get into a fight, expect to find police officers to greet you upon landing. Best to keep calm up in the air!

Kids go everywhere with their parents these days, and whether it’s short-haul or long-haul they can kick up a stink when the parents least expect it. There’s no surprise really, being confined to one seat in one position for hours on end can make the sweetest of kids turn into the devil. There have been cases of families being taken off flights because their children are so loud. Watch out for toddler tantrums – it could cost you double the flight costs.

Even in the 21st century wearing revealing clothing can still be too much in certain situations – on-board is one of them and could get you kicked off a plane. The assessment of passengers’ suitable clothing is down to cabin crew. They can decide whether someone’s attire is offensive or just not acceptable. There have been instances of women’s low-cut tops, men’s below the hip-hanging baggy jeans, and clothing with violent imagery or offensive language being the reason for a no-fly decision.

The thing you have to remember is that the terms and conditions set by airlines are open to interpretation by the cabin crew, so what might be acceptable on one flight, isn’t allowed on another. The best way is to just avoid falling foul of the ways to get kicked off a plane and enjoy a happy flight. Have you ever been on a flight where passengers have acted up?