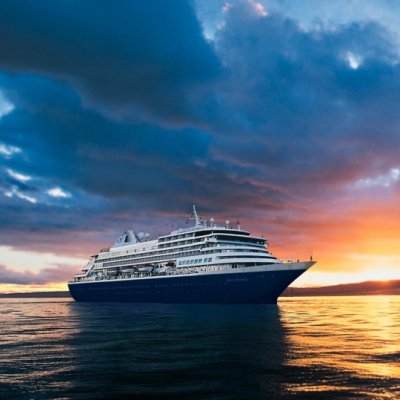 If you’re looking for a vacation with a difference, you might like to consider a themed cruise. On themed cruises not only do you get all the fabulous features of a regular cruise and all the brilliant on-board features and entertainments, but the excitement of a whole menu of themed activities too. I’ve got a small selection of themed cruises for 2015 to share with you so you get an idea of what’s available.

This would be top of my list! The Fred. Olsen cruise lines offer an awesome cruise that sails from Southampton, UK, to Norway and the Faroe Islands. One port of call is Alesund, Norway, a visually stunning town full of turrets and gargoyles. In Tromso, you’ll get a chance to view the Northern Lights. In 2015, a total solar eclipse will be visible from only two points on Earth, one being the Faroe Islands - and you’ll be there to see it. (The other being The Azores) With reduced light pollution, you’re likely to get quite a show. The cruise sets sail from Southampton, UK on March 9th, 2015.

On this 10-day Oceania cruise sailing between Lisbon and Rome, you’ll get to travel with Jacques Pepin, star of Fast Food My Way, along with his wife, daughter and granddaughter. Pepin has served as Oceania’s executive culinary director for over 10 years, but this cruise will celebrate this TV host and chef’s 80th birthday. It will feature cooking demonstrations, special menus and book signings. Most people aren’t aware that Pepin is also a painter. He will host an event of his own work in the Artist’s Loft in addition to introducing wonderful food. The ship sails from July 7 to July 17, 2015.

Princess Cruises is offering a special treat for its Pacific Northwest customers, as well as others who are fans of the Seattle Seahawks. Princess Cruises is the Seahawks’ official cruise line, and on this cruise players will interact with vacationers at photo ops, a rally, question and answer sessions, and meet-ups with the mascot. There will also be trivia contests and opportunities to win tickets to home games for the upcoming season. This 7-night cruise sails out of Seattle on route to Alaska on June 20th through June 27th, 2015.

Who knew that this Woodstock group would still be going strong in 2015? Cunard Luxury Cruises offers three concerts by the famed group, as well as question and answer period and autograph sessions. This cruise will appeal to not only baby boomers, but anyone who loves tight harmonies and a little activism set to music. Their albums span 30 years, and their performances have spanned nearly 50 years. Join the Queen Mary 2 on September 4th through 11th for a close up look at these iconic legends.

Always wanted to explore the last frontier? Travel on an authentic expedition ship to the white continent on board the National Geographic Explorer, arranged through Lindblad Expeditions. Travelling with you will be Peter Hillary, who blazed a new overland route to the South Pole in 1999. Accomplished in his own right, Peter is also the son of Sir Edmund Hillary, a New Zealand mountaineer who was one of the first reach the summit of Mt. Everest in 1953. He’s sure to have some stories to tell! This cruise embarks from Ushuaia, Argentina on February 6, 2015.

6. Broadway on the High Seas

Join the Compagnie du Ponant on the high seas with Le Soléal cruises. Playbill Travel has arranged for Tony winners Christine Ebersol and Sutton Foster, Laura Osnes of Rogers and Hammerstein’s Cinderella, and Liz Callaway of Cats and Miss Saigon, as well as Musical Director and Radio Host Seth Rudetsky to be on board. Enjoy lectures, trivia contests and sing-a-longs while touring Vietnam, Cambodia, Thailand, Malaysia, and Singapore. The cruise sets sail November 4th through the 15th, 2015.

7. New Kids on the Block

Long live boy bands! New Kids on the Block might not be so new any more but they are still going strong and have legions of fans. You can bag yourself some unique photo opportunities and chances to meet the guys as well as enjoy concerts and a beach party if you join the Carnival Cruises’ Carnival Victory boat as it sails from Miami to Turks and Caicos. The cruise date – Oct 8th to 12th 2015.

Honorable mention for the Zen Cruise
Need a little Zen in your life? This is the place to do it. Take the Royal Caribbean International’s Liberty of the Seas from Fort Lauderdale, Florida to Jamaica then Haiti, and enjoy a transformation at sea. One of several annual themed cruises, this cruise offers music, meditation, dance, yoga, healing arts and self-guided programs, as well as inspiration, education and entertainment. Be a part of the sacred excursions, sound healing, and private cocktail parties. The cruise occurs just once a year in February. In 2015 it runs from February 9th through 15th so you’ve missed the boat this year (groan) but you can start saving for next year’s cruise.