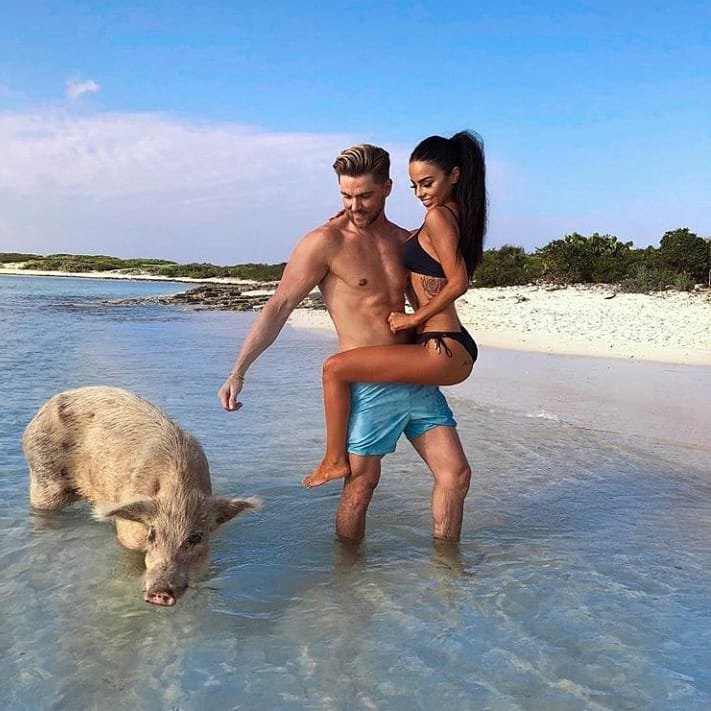 Caribbean islands conjure up images of silver sands, azure seas, endless cloudless skies and palm trees swaying in the breeze. Whilst they are fabulous holiday destinations, the Caribbean islands are also home to vibrant and colourful peoples. They extend warm friendly greetings to guests visiting their Caribbean towns and villages with a hearty welcome and a wish to share their good fortune of living in a near-paradise. With our eye on the beaches we often forget there is life beyond the palm trees and here are 7 Terrific Towns in the Caribbean islands worthy of attention:

The largest and one of the oldest cities in the Caribbean islands, Santo Domingo can claim links to Christopher Columbus. The New World’s first monastery and hospital are here as are the oldest surviving fort and cathedral – the latter having been built by Columbus’s son. Take a couple of days away from the beaches to explore the very many delights of the Dominican Republic’s capital. At the very least, stop for a drink and admire the view of the 16th century Plaza Espana. Best time to visit is February when the city is rocking with Carnaval fever.

Some might wonder at the inclusion of a Haitian town as one to visit but Jacmel deserves its mention. Jacmel wasn’t as devastated by the earthquake as the capital and tourism is starting to pick up as this unfortunate Caribbean Island’s infrastructure is rebuilt. There’s a distinctive old colonial feel with many buildings of Victorian splendor built on the wealth of coffee plantations. Shopping is terrific, especially for handicrafts. There are some good beaches and one of the best trips is a horseback ride to a grotto of cobalt-blue pools and cascades.

This might be an unfamiliar name. Indeed tiny Sint Eustatius is one of the smallest Caribbean islands, one of the Netherland Antilles. Oranjestad, the island’s only town, has an amazing history having been one of the busiest seaports in the world during the 18th and 19th centuries and much of this heritage is evidenced by the ruins that seem to be round every corner. It’s an excellent diving destination and if you fancy a hike, you can make your way to the summit of Quill where there are fabulous views from this extinct volcano’s crater. Oranjestad is quite unique among Caribbean towns as it hasn’t been primped up for tourists. It is what it is and that is relaxed and enjoyable.

Dominica was the last of the Caribbean islands to be colonized and is somewhat different to the rest of the region. If you want a mass of beaches it’s not really Dominica you head to. The island is rather mountainous and there’s plenty of rainforest to explore where you can discover waterfalls and thermal pools. Roseau is the capital and is home to just 1500 residents who live in cute historic houses and make plenty of noise by day with their love of reggae music. There’s a really good range of accommodation available and foodies will love it here (especially if you like Chinese food!).

For the uninitiated, it is probably best to describe San Juan as the lovechild of New York and Miami. It exudes the metropolitan fervor of the Big Apple tempered with the salsa-vibe and sunshine of Miami. There’s plenty enough going on and things to see and do in San Juan to keep visitors occupied for a good week. The Puerto Rican capital is the second oldest of the Caribbean towns and much of its 16th century history adds to its charm. Old San Juan is almost a European capital with its cobbled street, forts and clutches of cafes and restaurants. Don’t think modern SJ doesn’t give old SJ a run for its money though. There’s a thriving artistic community, fine dining in the SoFo district and if there’s ever a place to learn salsa dancing, it’s here.

Turks and Caicos is a multi Caribbean island nation and Cockburn is the capital, located on Grand Turk. The island is about six miles long and only 5500 people live in Cockburn. Like many other important Caribbean towns, Cockburn is awash with old colonial flavor with colorful buildings lining narrow streets. The pace of life is slow here – there are more donkeys and bikes than cars. There’s a kind of shabby, old pirate look but it all hangs together very nicely. The National Museum is an absolute must to visit.

Straddling a channel big enough for cruise ships to pass through under drawbridges connecting the old and new neighborhoods, Willemstad is the capital of Curacao. You can be forgiven for thinking you are in Amsterdam because much of the Dutch influence is still very much in existence in the heart of Willemstad which enjoys UNESCO World Heritage Site status. It’s a hugely cosmopolitan Caribbean town; reports claim 55 different nationalities live here and that there are more than 750 historic buildings. Don’t let the fabulous shopping distract you too long from the historic sites nor the pristine beaches and splendid dive sites.

The Caribbean islands are truly blessed with gorgeous places to visit. Most of the important Caribbean towns predate the pilgrims and tell fascinating stories of ancient civilizations, conquerors, colonialism, slavery, piracy and wealth built on plantation crops. Today, the story is continued by hotels, restaurants, designer shopping and cruise ship visitors. Each of these 7 Terrific Towns in the Caribbean islands has its singular appeal and undoubtedly there are plenty others.