7 Tell-Tale Signs You Know Youre from Pennsylvania ... 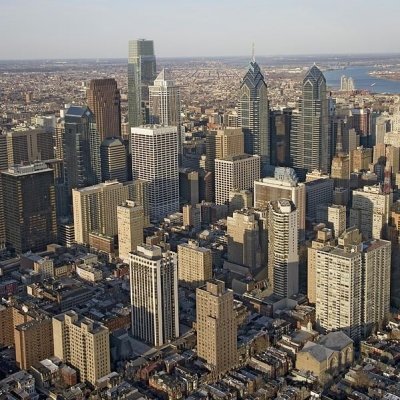 When I decided to attend a college in Vermont, I was unaware that the signs you’re from Pennsylvania would creep their way into conversations. To me, certain phrases and ways of doing things are completely normal so no wonder I couldn’t pin-point the signs you’re from Pennsylvania. After talking with my friends in New England however, I became well aware of the differences and wanted to share.

The biggest sign you’re from Pennsylvania is by saying you’re from PA. Think about it. You don’t hear other people casually say, “Yeah, I’m from TX” or “That’s right, I’m from RI.” Pennsylvanians are the only people who use their abbreviation. And we can’t claim it’s because of length because California and South Carolina have the same number of syllables.

Why do people say that you go “down the shore” not “to the beach?” It’s a weird one, mainly tailored to the eastern part of PA which is close to New Jersey’s beaches. The beach we commonly go to isn’t even south of us! I mean, we don’t say we’re “going down to D.C.” which is indeed south of us. This one makes the list for sure!

The first day of hunting season is a school holiday. That means, you don’t have school. My friends in Vermont were baffled by this because not everybody hunts. So why should they have the day off? Well, there haven’t been any complaints from the kids so that solves that.

Another sign you’re from the Keystone State is your casual reaction to the phrase “fire hall wedding reception.” I’ve been to wedding receptions, baby showers, and parties at fire halls. They are easy to rent out and clean up isn’t bad at all. But if you think about it, it sounds like you’re bonkers! My friends did a double-take when I told them, unwilling to believe that it’s really a thing.

Okay, okay, I know Wawa can be found in more than one state, but still. The addiction of Wawa is not universal. How, I can’t tell you. Wawa is an up-scale convenient store attached to a gas station, though they can stand on their own. My sister goes to school in Maryland and even there, they don’t seem to have the same fixation. In PA, or at least for me, it’s completely normal to go there for gas, food or just because, multiple times a day. After all, you can find one about every ten minutes along the road. In Vermont, they sure didn’t know about Wawa; a loss in my opinion.

Electric candles are always in the windows. Driving through a neighborhood you see house after house lit up. But did you know these candles are a sign of hospitality? Originally they were used during the Civil War to guide individuals on the Underground Railroad. They meant that the house with the lights would help in any way they could. Now, they are just used for decoration.

We’ve got quite the pick of town names. Virginville, Intercourse, Climax and Paradise are all Pennsylvania towns. What’s more, you probably know how to pronounce the names “Wilkes-Barre,” “Bryn Mawr,” “Conshohocken,” “Knoebles,” and “Schykill.” If you’re looking for entertainment, try to get your out-of-state friends to pronounce them. You can’t help but laugh while they stumble over the words!

These are just a few tell-tale signs you know you’re from PA. They may sound sane to you, but that’s the first sign that you’ve been infected. What are other signs that show you’re from Pennsylvania? Is there one you really related to?