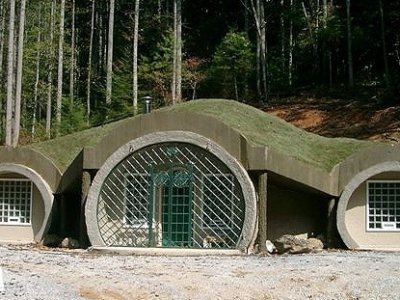 Sustainable villages are communities where living is as eco-friendly as possible. Generally, they are planned developments created to be low impact on the environment. Some of the earlier ones were considered a bit “new age” and a bit “out there,” shall we say, but modern ones have the ethos of being an investment in a low carbon future and doing things better. Sustainable villages are designed to combat climate change and to maximize the efficiency of resources used as minimally as possible. Growing slower in number, here are a few of the current sustainable villages in the world.

Founded in 1989, this community was intentionally established to forge a path of sustainability. Situated over 189 acres in Mendocino County, California, the commune of around a dozen people share a house with a communal kitchen, dining and recreational areas, as well as bathroom facilities. As one of the more highly developed of sustainable villages, Emerald Earth supports a sauna and a greenhouse, alongside four solar-heated cabins with wood stoves. All electricity in Emerald Earth is generated by solar panels and gas. No septic system has been installed, as the composting outhouses negate the necessity.

Established in the 1960s, Three Rivers consists mainly of vacation homes, with less than 100 permanent residents. Located near Bend, Oregon, this sustainable “village” covers 4,000 acres of land and is home to more than 500 residences, not one of which is connected to the power grid. This subdivision’s residences include every possible quality of home, ranging from shacks to multimillion dollar complexes, all utilizing wind turbines and solar panels to generate electricity. Some plots of land include water wells, while others require water to be hauled in by a service.

The German village of Vauban is home to 5,000 residents and was established in the mid-'90s as a model for other sustainable villages. 100 of the buildings are constructed to PassivHaus quality standards, and all depend little upon energy. The village was designed to be pedestrian- and cyclist-friendly, and though cars are not restricted, most residents do take advantage of this design, with over 50% not owning a vehicle, making their way instead on foot or by bike. A low-energy tramway connects Vauban to the nearby town of Freiburg.

Though US villages have made our list three times, there is much to be said about the sustainable villages that are cropping up across the country. Located near Taos, New Mexico, the Greater World Community is a 634-acres development, which boasts solar homes made entirely from all natural and recycled materials, such as tires, cardboard, cans and other recyclables. Two acres contain all the residences of the Greater World Community, where a two-bedroom, one-bath solar house, with six solar photovoltaic panels and a hot water system, is priced at $295,000. The rest of the land is communal, providing acres upon which to grow organically, as well as hike, bike or play.

Commercially-bottled water was banned in the sustainably-friendly village of Bundanoon in New South Wales on September 28th, 2009. The ban united the entire community, who celebrated their reduced economic footprint with a party. The ban was also entirely supported by local shops, who have replaced the plastic throw-aways with reusable bottles which can be filled for free at the village’s new water fountains. Though it may not seem a significant environmentally sustainable change, it is a healthy start.

A small village on the Caribbean coast of Costa Rica, population 600, Parismina is only accessible by boat or plane, having no constructed roads. The area is home to a single automobile, a tractor, utilized to collect refuse. Due to its beauty and isolation, the economy of Parismina thrives off of tourism. The village’s pedestrian-centric environment demonstrates that automobile-dependence is not necessary to sustain a healthy economy.

Could you ever see yourself living in an eco-friendly home in one of these sustainable villages, or anywhere else for that matter?