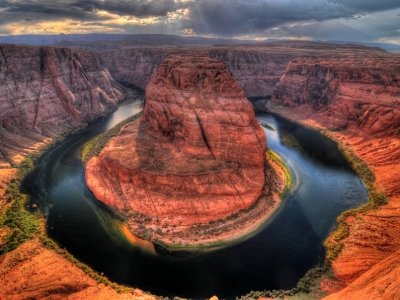 For me, one of the cutest things about the USA is the state nicknames. In my little country of Britain (which is smaller than some states) we have counties and they have nicknames, but they aren’t really used very much. For example, I live in Northamptonshire, which is nicknamed ‘The Rose of The Shires,’ and Kent is known as ‘The Garden of England’; both cute, but we don’t proudly display them on our license plates, for example. I thought I would educate myself and find out the state nicknames I didn’t know. Want to know all 50? Come with me on a journey round the USA.

I know this is about state nicknames but we have to include the country too – right? The United States of America (the official name) is a federal republic consisting of fifty states. Many people usually don't call it by its official name and instead use nicknames. It usually depends on the geographic location of different people. For instance, most Brits call it the States, the USA, the Land Across the Pond, and of course, America. The Chinese use 'Mei-Guo' to refer to the United States of America – Mei means beautiful, whereas Guo means a nation. Some other nicknames are Uncle Sam, Home of the Brave, the Land of Freedom, the Melting Pot, the West, Land of Milk and Honey, Land of Opportunity, and of course, the Land of the Free.