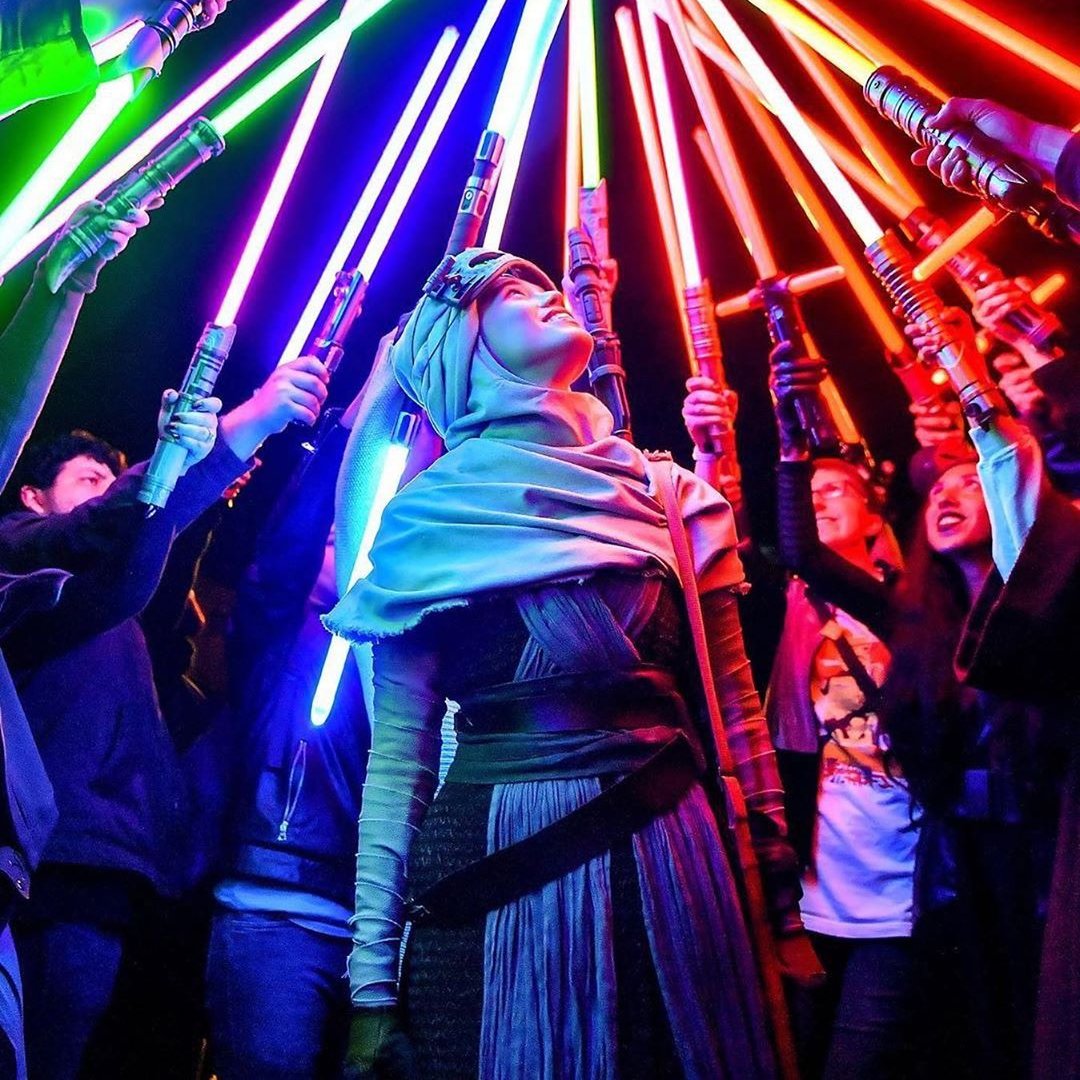 It’s rare that I plan a trip to the movies in advance but I am so excited to see one of the biggest movie releases in a decade I might pee my pants the night before. December 18 2015 is the day the new Star Wars movie is unleashed on Earth. One of the things I will look out for is the filming locations. – Because I am a Star Wars fan AND travel nut. Let’s get in the mood for the new movie with a tour of Star Wars movie filming locations – past and present.

The port of Ajim on the island of Djerba in Tunisia was the location for both Ben Kenobi’s hut and the exterior of Chalmun’s Spaceport Cantina.

This little known town just outside of Naples boasts a beautiful palace built for King Charles III. You can see it in Episodes I and II as the Theed Royal Palace.

This ominously named stretch of land in California was used during the filming of return of the Jedi when C-3P0 and R2D2 walk up to the Palace of Jabba the Hutt.

This one sure is a mouthful! The stunning glacier was used for the filming of The Empire Strikes Back to bring to life the battles scenes on the ice planet Hoth.

Europe’s most active volcano was used to capture some photography that was then used as the background for the amazing light saber battle between Obi-Wan Kenobi and Anakin Skywalker on planet Mustafar.

This amazing location in Seville, Spain was used for the arrival scenes starring Padme and Anakin on the planet of Naboo.

Perhaps one of the most memorable locations, this dried salt lake became the home of Luke Skywalker and his Uncle Owen and Aunt Beru.

This hotel was used as the interior of the Lars family home and now boasts a brilliant Star Wars themed restaurant for guests.

This Swiss mountain town was never actually filmed in, but various photographs of the location were used a backdrops for the planet of Alderaan.

Much like Grindelwald, this location in southern China was used in a photographic sense to represent parts of the planet Kashyyyk, home of the Wookiees!

Another Tunisian location, the canyon features in both A New Hope and The Phantom Menace. It is now known as Star Wars Canyon.

Also known as James Bond Bay, aerial footage of this iconic location was composited into the film for the approach over the Battle of Kashyyyk in Revenge of the Sith.

Close to the border with Algeria, Nefta boasts the area’s largest sand dune and provided the perfect backdrop for the crash landing scene in A New Hope.

This wintery location in Norway was used to provide the Echo Base headquarters of the Rebel Alliance during the Battle Of Hoth.

This castle in central Tunisia was shown to be the slave quarters of Mos Espa in The Phantom Menace.

The second ksar, or castle, used in the Phantom Menace was Ksar Medinine, used for a scene where young Anakin brings his friends home and for when he returns to his mother.

Another ksar! This time it’s Oueld Soltane, and it was used at the filming locations for the slave quarters on Anakin’s home planet Tatooine.

This ancient Mayan city provided the perfect location for the Rebel Alliance’s military base on Yavin IV in the original 1977 movie, A New Hope.

This vast desert on the border of the USA and Mexico was used to film the scenes involving the Great Pit of Carkoon as part of Return Of The Jedi. Buttercup Valley is where Jabba the Hutt's sail barge was built.

This extraordinary glacial lake and Villa del Balbianello on its shores were used in various scenes in Attack Of The Clones involving Anakin and Padme on Naboo. (Also used in Casino Royale.)

These woods in northwest London were used in two big scenes in The Phantom Menace: one involving Qui-Gon Jinn and Obi-Wan Kenobi and the other involving Queen Amidala.

Many reports have surfaced that former RAF base Greenham Common (the site of a women's peace camp in the 80s) was used for certain scenes in the upcoming The Force Awakens!

The forest moon of Endor inhabited by the Ewoks is actually the redwood trees of California.

Another of the secret The Force Awakens locations, this volcano has also been shot for Game Of Thrones and Thor.

Not much is known about this rocky Irish island, other than the fact that Harrison Ford and Mark Hamill were seen filming on it for The Force Awakens!

Are you are excited for the release of the movie?