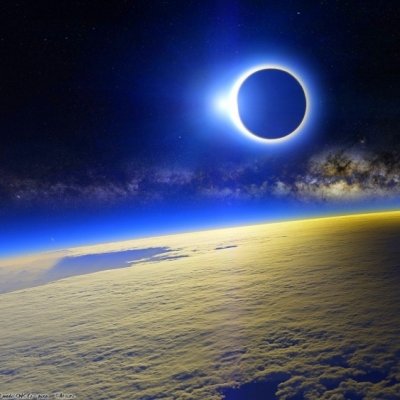 If you love stargazing and you love holidays, 2015 presents a few opportunities to combine the two. So what’s happening in our skies in 2015 and where are the best places to see them?

You’ll be able to see the magical sight of a dark shadow over the sun on March 20th, mainly if you are around the North Atlantic and Arctic Oceans. The shadow will start off at the southern tip of Greenland then work its way counter clockwise to the Northeast. At this point it will be visible between Iceland and the UK. The greatest view of the eclipse will be over the North of the Faroe Islands – which is just one of the reasons this little island group is tipped as one of 2015’s hot destinations.. If you are in Barentsburg on Spitsbergen in Norway (and who needs an excuse to visit Norway?) then you’ll get to see the total eclipse last for two minutes and 30 seconds.

Hot on the tails of the solar eclipse is a lunar eclipse. This is an unusual stargazing opportunity as its window is pretty short. It is expected to happen for just 9 minutes, the shortest lunar eclipse since 13th October 1856. The best viewing spots will be along the edge of the Pacific Ocean. If you need a great excuse to visit Hawaii or Alaska in April, this is it. There are other good viewing spots so check out Space,com for news and updates.

This stargazing opportunity isn’t to be missed. With your head back gazing up to the west-southwest sky you will be able to see Venus and Jupiter burning bright and close together. They will look to be about half the width of the moon, so you’ll be sure to see this spectacular sight.

Last year on the night of the Perseid meteor shower ,the moon was glowing so brightly that it was a difficult to see the shower in all its glory. However, this year the moon will not rise until just before daybreak, meaning that the night will keep dark making great viewing. The shower is meant to be one of the best meteor displays with around 90 meteors an hour passing by.

You’ll be able to see the Last Quarter moon passing in front of Aldebaran, the brightest star in the sky, over eastern North America on the 4th September. Grab yourself a blanket, hot chocolate and enjoy the sight with some friends. If you miss this on the 4th then you can catch it again across a much wider region of North America on Thanksgiving morning.

This stargazing event will truly blow your mind. If you are in central and eastern North America then you will be in the right place to see the entire lunar eclipse from the start to finish. If you’re a little further out towards the west then don’t worry, you won’t miss out. You will be able to see the moon rise with the eclipse happening already. Viewers on the other side if the Atlantic in Western and Central Europe will get to see the eclipse before the moon sets on 28th September. The lunar eclipse is said to last 72 minutes so you will be sure to catch some of it if you’re up early enough.

This meteor shower is often called the ‘Halloween fireballs’ as it happens between October to November and over All Hallows Eve. It has been discovered that Earth can periodically encounter huge particles which produce fireball meteors. This year we are in luck as 2015 is set to be one of the best years for fireballs. Don’t miss out on the peak of the shower and set up camp between the 5th and 12th of November.

Watch shooting stars this December on the night of the 13th and 14th. The moon will set perfect conditions for star gazing with it being a narrow crescent and keeping the sky dark. Wrap up warm, kick back and see just how many shooting stars you can see in the night sky. It is said on average you will be able to see around two meteors every minute- that is 120 over an hour. This impressive show is certainly not to be missed. And it doesn’t matter where you view. Get your hunny, grab a blanket and enjoy some romance under the stars.

There are various websites to find out about nighttime sky events. Space.com is one of the best but there are others that may be more specific to your location. Check them out and be ready to check out those skies.