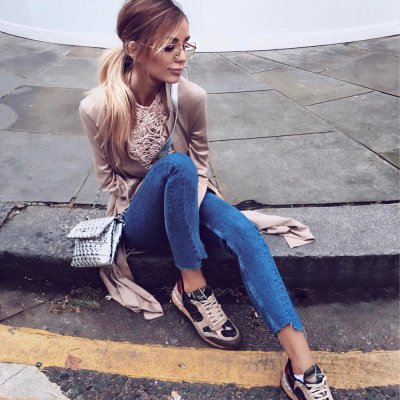 London - one of the greatest cities in the world for visitors - is packed full of iconic landmarks. You can do a few whistle-stop tours that will enable you to see all the main sights but then it's such fun to uncover the real London. The things that make it unique and special can be found if you take the time to look.

This is one of London's hidden treasures. Right in the center of the City between Monument and Tower Hill, this stunning garden features Gothic architecture by Sir Christopher Wren (St. Pauls Cathedral). It's a delightful oasis from the bustle of the city.

Bearing a strking resemblance to 10 Downing Street, you can get right up close to the house in Adam Street - something you cannot do with the Prime Minister's official residence.

it might not sound that exciting but then you find out that this is where the Big Ben bell was made along with the USA's iconic Liberty Bell. It is also the oldest manufacturing company in the UK, still operating after nearly 500 years.

Sitting on Trafalgar Square, there are plenty of reasons to visit the impressive Church of St, Martins-in-the-Field, not least for its free concerts and cafe in the crypt. While there, look out for the unusual window.

Hidden away on a side street near King’s Cross Station is the grave of Joseph Grimaldi, hailed as the first modern clown and the reason why for generations clowns were known as "Joeys". It used to be that on the first Sunday in February, a congregation full of clowns would hold a service to commemorate those clowns who had died in the previous year - nowadays it is held in Holy Trinity Church in Dalston).

Soho is a colorful and interesting district to wander around. And while you are enjoying the ambiance of this exciting part of Central London, be on the lookout for the seven noses. They are various noses crafted by artist Rick Buckley. It makes for an interesting treasure hunt.

Once you've found the Seven Noses, head off to Floral Street in Covent Garden to look for the Hidden Ears. They were created by artist Tim Fishlock.

The name came from all the postal workers who used to lunch on the park opposite their place of work. Today it is home to the unique Watts memorial, a gallery of glazed tablets commemorating tragic acts of bravery. If you've seen the movie Closer, you might have spotted Jude Law visiting Postman's Park.

You can't come to London without experiencing Cockney rhyming slang. It is traditional to East London and here you can find a smattering of cash machines (ATM) where you can select Cockney as your language to carry out your transaction.

10. The Smallest Police Station in the UK

Not such a hidden secret, you'll find this on Trafalgar Square. Originally built to monitor protests in the square, most people pass it without a second glance.

Seriously! There used to be a Texan embassy in London and its location is today marked by a plaque in St; James, directly opposite the Court of St, James. It was there from 1842-1846 just after Texas won independence from Mexico and before it became part of the USA.

Everyone is probably aware of the "Blitz" that London suffered in WWII and there is still evidence. But there is also e vidence of a bombing raid carried out by a German Zeppelin in WWI. You'll spot where the damage was caused on September 8, 1915 on the entrance to St. Bart's Hospital.

On Broadwick Street (just behind Oxford Street) you'll find this infamous tap. Yes it's unusual to give a tap a name but this is the very tap to which - one of the fathers of epidemiology - Doctor John Snow traced the 1854 cholera outbreak in London.

On Carting Lane (known locally as farting lane), just off The Strand, there stands the last remaining example of this particular style of street lamp. It was designed to burn off methane gas created by London's sewers.

Not very grandiose but an interesting remnant of London's ancient past, you'll find the Roman Bath in a dark alley off Embankment. It's mentioned by Dickens in David Copperfield and today is secured behind thick glass.

There are quite a few "house" museums in London but the home of the former artist Dennis Sever is unique. The 18th century rooms are left exactly as if he was still living there - complete with uneaten food and unmade beds.

London has plenty of green spaces - particularly the Royal Parks - but not many tourists find their way to Holland Park. They should because there they will find the Kyoto Japanese Garden. As well as the tranquil Japanese garden, Holland Park (in Kensington) has plenty of its own hidden corners, with winding paths, peacocks, statues, an orangery and an opera house.

If you can tear yourself away from the grand museums of Kensington to make the trek to South London, you'll discover this charmingly quixotic museum. The free museum is a veritable cabinet of curiosities, from musical instruments to natural history, including a giant stuffed walrus, an aquarium and beautiful gardens.

A delightful place for a picnic, Kenwood House sits in beautiful sculptured gardens perched on the edge of Hampstead Heath. Visitors can enjoy Robert Adams' gorgeous, pillared library and various masterpieces dotted throughout the property, from the likes of Rembrandt, Turner and Vermeer.

Now kept in a glass case in the nave of the St. Sepulchre-without-Newgat Church, the bell is an unpleasant reminder that hanging was legal in the UK. The bell was used for centuries to mark the execution of offenders at Newgate prison (which is no longer in existence today).

After all this sightseeing you'll definitely need refreshments and where nicer than a rooftop bar - assuming it isn't raining. Sitting on the top of the South Bank Center, the rooftop garden bar offers amazing views of London.