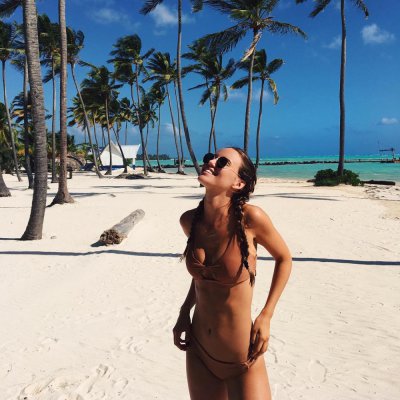 I’m already thinking of next year’s vacation – are you? Maybe it’s the onset of the colder weather but my mind is already on a gorgeous secluded beach in a fabulous location. Today I can dream about cashmere soft sands and crystal clear waters and tomorrow … well maybe not tomorrow …

Brazil has a huge coastline lined with both popular and secluded beaches. At the top of the list among Brazil’s most outstanding beaches is the secluded Santo Beach, which is also a UNESCO World Heritage Site. Despite this, it remains a relatively secluded respite away from the crowds, in part because only 460 visitors are allowed on the island at any one time. The island has limited tourism so all the beaches are fairly pristine and secluded, but Santo Beach is particularly isolated and untouched - the only way to access it is to via a metal ladder that’s secured in a crevice of one of the rock walls that surround the beach.

This beach is also called Navagio Beach or Shipwreck Cove. An old rusting ship (the smuggler ship Panagiotis) sits on the white stretch of sand, and adds to the intrigue of the beach’s seclusion. The massive limestone cliffs that surround the beach isolate it away from everything else, and you can only access it via boat or if you’re brave enough, by BASE jumping off the cliffs into the Ionian Sea, then come to shore. The shipwreck actually serves a purpose other than being a curiosity - it provides some much-welcome shade on hot summer days.

This beach is so isolated you have to take a series of planes to even get there. First, you have to fly out of Johannesburg, then out of Richard’s Bay, then finally take a single engine plane to KwaZulu-Natal, A UNESCO World Heritage Site. You’ll arrive on the Maputaland Marine Reserve, where there is only one resort and lodging is limited to the eleven awesome tree house chalets. Only one boat is allowed on the water at a time, so you’ll be limited in your water adventures, but if you’re into snorkeling or beachcombing, you will be greeted with miles of undeveloped coastline to explore.

Cayos Grande is the only part of the Cayos Cochino island chain open to visitors. Located on the second largest coral reef in the world, it is a biological marine reserve where you’re sure to enjoy the rich and varied animal life. Limited tourism has kept the area pristine, and it’s accessible only by boat. In fact, the only resort in the area is the Turtle Bay Eco Resort, which has only 8 cabins that can house only 24 people maximum. Visitors can hike to the lighthouse, snorkel, swim, or just enjoy the view from the beach.

Almost any beach on this island is fairly secluded most of the year. Monkey Beach, however, is a wonderful uninhabited area named for the long-tailed macaques living there. Surrounded by a number of coral reefs, the marine reserve is a superb area for scuba divers. The surrounding rainforest is full on not only the namesake monkeys, but other interesting and animals and birds. You can get to the island via ferry or plane, but can only get to Monkey Beach via boat or by hiking the jungle trails.

While there aren’t a lot of beaches on Ko Adang, that could be the reason why the island isn’t overrun with tourists like nearby island of Lipe. Both of the larger islands are part of the Tarutao National Park. However, the beaches at Adang are worthy of the praise they receive by visitors. Emerald green waters lap at the white sand beaches, and the coral reefs are close to the coastline so scuba divers can enjoy the great diversity of water life. Those who venture into the jungle will be rewarded with numerous waterfalls, wildlife and rock out, but the trails are challenging.

The only way to get to this secluded island is by plane. Part of a national park surrounded by the Great Barrier Reef, all the beaches are secluded and pristine but Lizard Island is surrounded by its own smaller reef. This means divers have an amazing array or animal life to enjoy, like turtles, rays, and colorful fish. Coconut Beach is one of the farthest away from the island’s more popular locations, so you’re not likely to run into too many tourists.

The hammock is gently swaying and I’m reaching for a drink – secluded beaches don’t usually have waiter service! Care to join me? What’s your favorite beach tipple?