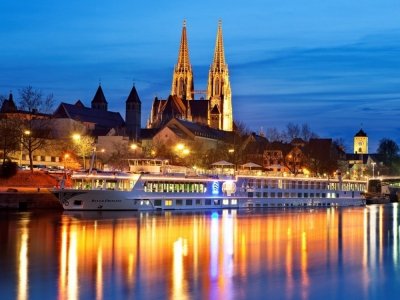 Cruising continues to grow in popularity and river cruises are a fun way to see some of the world’s great places. So the trip doesn’t take place on a liner as big as a small city but river cruise ships are well facilitated, and what’s not on board is in the ports of call anyway. River cruises can be a gentle meander through the most glorious scenic countryside, or can take in vibrant and culturally rich towns and cities. With many of the world’s greatest cities sitting on rivers, there are plenty of options for a hassle-free, carefree holiday. Here’s some river cruises that might rock your world.

Following the success of Deep South cruises along the Mississippi River, the American Queen Steamboat Company is now offering river cruises to take in the spectacular scenery of the Pacific Northwest. The Lewis & Clark in you will surely be roused as you explore the Columbia and Snake rivers, which were along the route of the famed duo’s exploration in the early 1800s. Instead of trekking the long journey west, you’ll enjoy the area’s wildlife while relaxing aboard the paddlewheel steamer, sampling wines. Not too shabby for an expedition.