7 Revolutionary Road Trips You Should Take in Your Lifetime ... 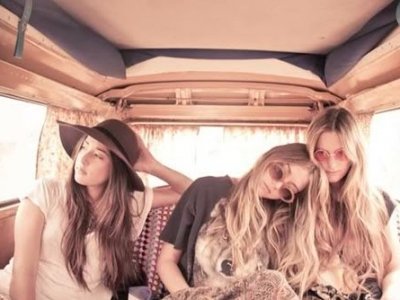 1 The Alcan Highway, Canada to Alaska 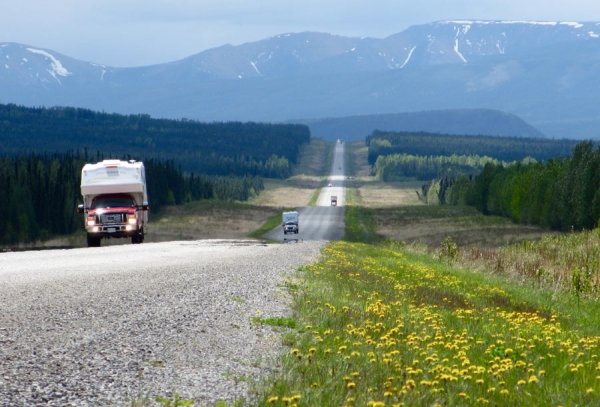 At 2,167 kilometers long and taking approximately one day and seven hours nonstop, the Alcan Highway in Canada and Alaska is one of the world’s most incredible revolutionary road trips and the longest road to make my list. This long haul through the striking North American wilderness in winter is not for the pampered city-slicker; the route requires snow chains, a thick winter coat, and preferably some supplies in case you end up stuck in five feet of snow. No such problem in summer, but whatever the season, the wildlife sightings, stunning lakes and hot springs, and the many hiking detours along the way make the Alcan Highway well worth the trip. 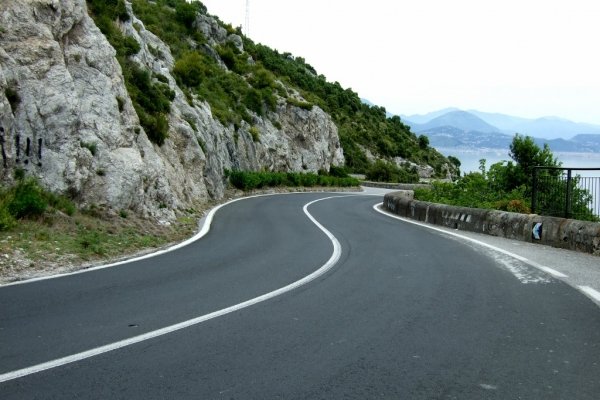 Though only 56 kilometers and lasting around 75 minutes, the Amalfi Coast Road is such a revolutionary road trip that the drive is now featured in a computer game, “Forza Motorsport 3.” This road takes you twisting and turning along the spectacular Amalfi Coast, bordered by clear turquoise water, and spotted with colorful cliff-hanging villages and stunning historical churches. With such vibrant views, you might not notice the horrifying hairpin bends, which make the ride sometimes terrifying, but all the same, terrifically beautiful, particularly the length from Praiano to Positano. Be sure to take a pitstop along the way at Grotta dello Smeraldo, the coast’s famed blue gem cave with its glowing underground pool. 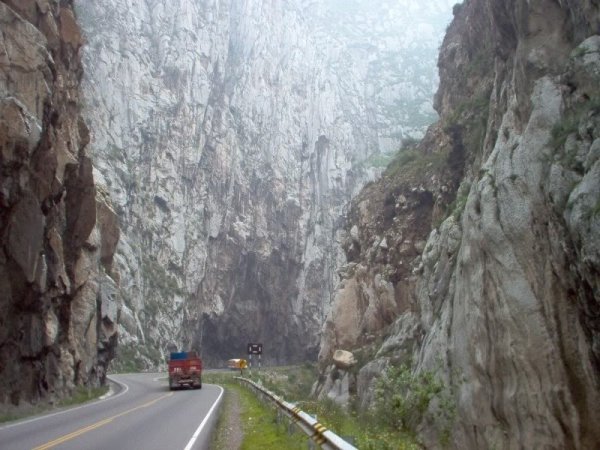 Covering 132 kilometers and lasting nearly three non-stop hours, Ticlio Pass is one of the world’s highest paved roads. This thrilling road trip flies you through the Andes, climbing nearly 4,900 meters above sea level. With its heart-stopping bends, landsliding mountains, and wild lamas darting in and out of your path, a driver of Ticlio Pass is sure to white-knuckle it all the way. However frightening, the scenery is well worth the risk, and you’ll also be able to visit Ticlio railroad, one of the world’s highest railway lines, built to serve a mining community high atop the Andes. 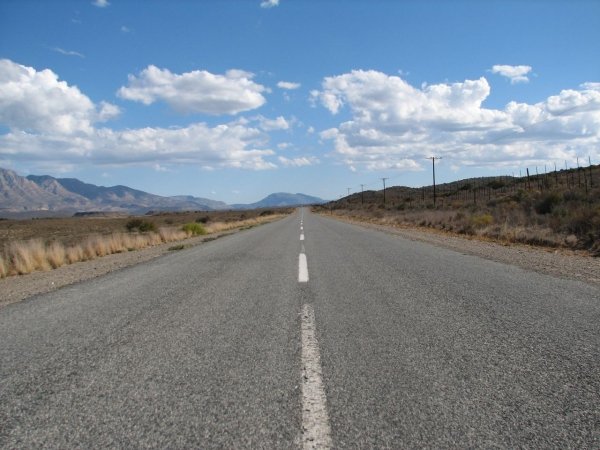 At a distance of 748 kilometers, taking approximately nine-and-a-half non-stop hours to drive, Route 62 in South Africa is one of the greatest revolutionary road trips in the southern hemisphere. With more than 65 wineries en route, you’ll sure prefer to be a passenger and designate someone else to be the dd. Stretching between Port Elizabeth and Cape Town, Route 62 has dozens of stops worth branching off from the main route, including valleys, plains, cliffs, rivers and fauna, as well as private Roman baths amongst a hot mineral spring at Warmwaterberg Spa. You can also take a two-day break from your road trip and hike over the Swartberg Mountains along the Donkey Trail. 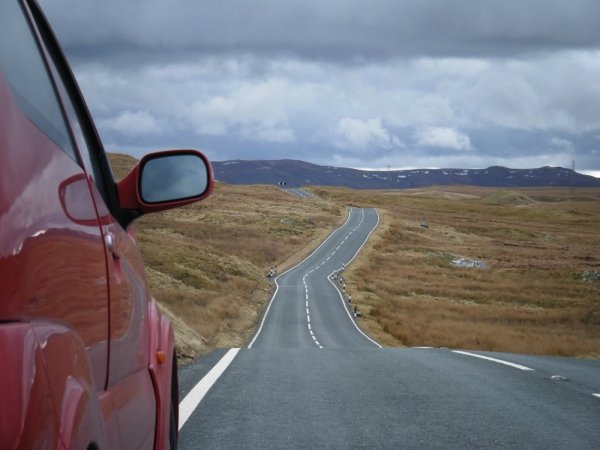 If you’ve got thirty minutes to kill in Wales, kill it through the Welsh countryside along Evo Triangle, which covers 32 kilometers of nearly empty roads east of Gwydyr National Park. Evo Triangle makes this list of revolutionary road trips for its sweeping and open views of the area’s sheep-filled fields, farmhouses and Llyn Brenig lake. A great lil roadtrip for a lazy Sunday afternoon, Evo Triangle will take you on an up-down roller coaster of a ride, swinging through the Welsh moors. 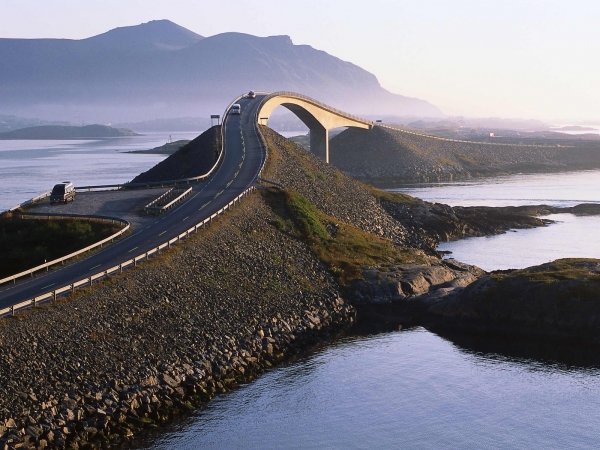 Another short, but revolutionary road trip, the Atlantic Road stretches only 8 kilometers and takes less than 30 minutes to traverse. But this adrenaline-pumping drive alongside the Norwegian coast provides enough belly-butterflies over bridges to last you a lifetime. Overhead, you’ll see vast numbers and varied species of birds, while whales and seals can be spotted going for a swim along the coastline. Between Molde and Kristiansund, the journey is particularly dippy, and Norway’s notoriously temperamental weather will be sure to flare up, making the trip even more thrilling. 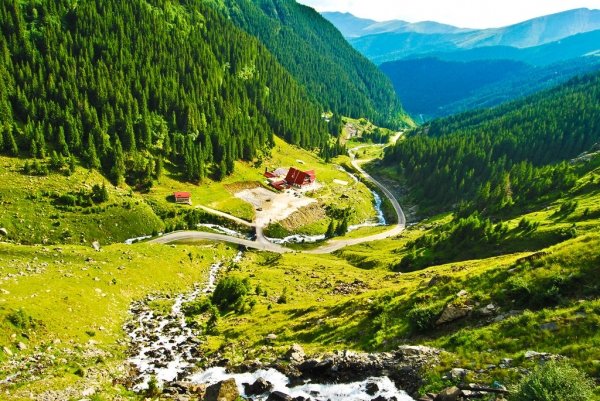 Dracula would not be amiss along this 116-kilometer stretch of dark tunnels, twists and turns and spooky landscape. Lasting approximately 100 minutes of driving, the Transfagarasan Road winds from Cartisoara, south to Curtea de Arges, zigzagging from Transylvania to Muntena, and at last ascending to its culmination at Moldoveanu Peak, the highest peak in Romania, at 2,034 meters. Along the way, you can climb the 1,400 steps up to Bram Stoker’s own inspiration for Dracula: Poenari Castle, the former residence of Vlad III.

So my friends – which of these revolutionary road trips are you considering?