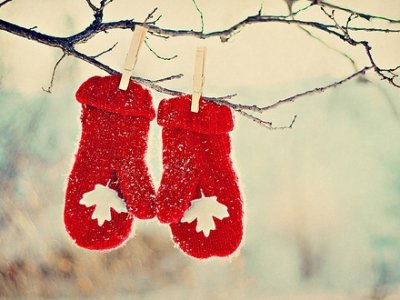 Now I must say I am a little biased (my boyfriend is Canadian) in saying this, but Canada is AWESOME! There are more reasons than being the home country of my guy and his family, and here are just a few.

Personally I’m a huge hockey fan, and living in the Philly area of course my love for the Flyers is unconditional win or lose. Thanks to the lovely country Canada we have hockey! Between all the action with fighting and the intense playing paired with large quantity of attractive men, it is a fantastic sport.

Tim Hortons is basically the Dunkin’ Donuts of Canada, and its wonderful. Craving a tasty morning treat? Try Tim Hortons Maple Dipped Doughnuts, yes people maple dipped. At first it’s a little weird but eventually it just becomes an entire breakfast in a single doughnut, and that just screams splendid to me. Tim Hortons has expanded a little to the United States but the true home will always be «The Great White North»

So you like Canada, eh? We all know it and love it, the Canadian accent. It is so unique to the area that you can’t help but enjoy the talking. It may be an accent that is frequently picked on, but I am keen on the Canadians and their wonderful accents.

I have spent my life being «Americanized», so I know the generally rude (no offense!) American ways by heart. Spending time in Canada was eye opening to how different they are interacting with each other. They are all so nice! They’re pretty much a big group of friendly teddy bears.

Canadian currency is very cool. The paper money is so colorful and eye catching. Not to mention they have dollar and two dollar coins called Loonie and Toonie. Now, I thought they were kidding about the names, but alas no! They are certainly silly enough to bring a smile to your face.

Many well-known and very talented people call Canada their homeland. This includes my favorite Ryans (Reynolds and Gosling), Ellen Paige, and Evangeline Lilly. Seriously, Google it! The list is almost endless! Canada produces a fair share of our favorite stars.

This goes along with the talent from Canada, but so many comedians are Canadian. Many of the humorous bunch of Hollywood comics made their way down here from Canada to entertain us all, and they do just that. Comedian Jay Baruchel, a dedicated Canadian even has a tattoo of a maple leaf over his heart! Represent Canada!

Canada is a gorgeous country. The majority of the country is just the natural, mostly uninhabited land. With breathtaking views at almost every turn it’s hard not to be encased within the beauty of the untouched natural territory.

If you ever have the opportunity to travel to Canada, take it! The trip is so worthwhile because the country has so much to offer. Is there anything I missed? What else makes Canada so awesome?!