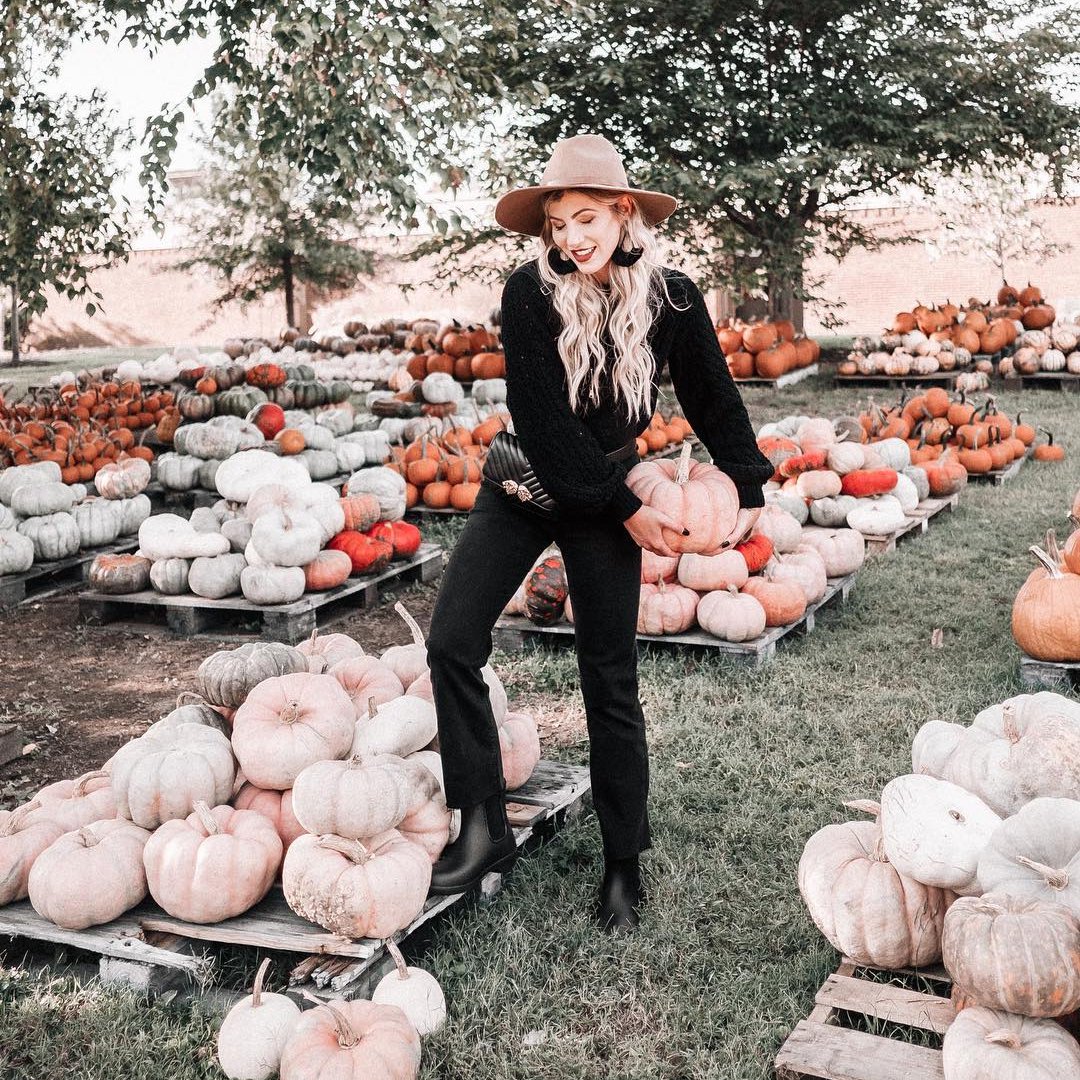 If you have a favorite scary movie, what better fun could it be than to get together with your squad, dress up in great costumes 👻 and head out on a road trip to where it was filmed or a place it was based on. ⚰ Pack some spooky snacks, 🎃Halloween punch (alcohol-free for the driver, naturally) and get ready to relive some scary moments. 💀 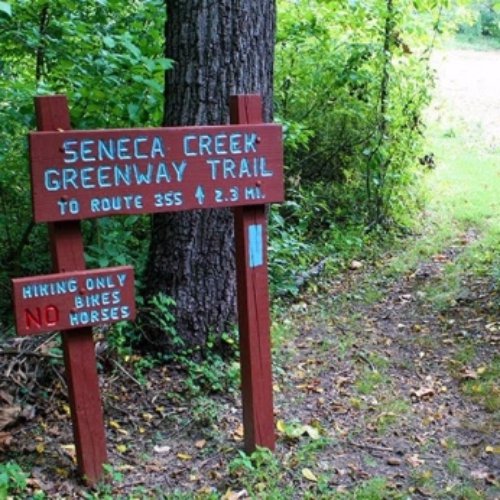 If you fancy having your own horrifying adventure and weaving some scary stick figures of your own, then the Seneca State Park in Maryland was the terrifying location of the original Blair Witch Project. 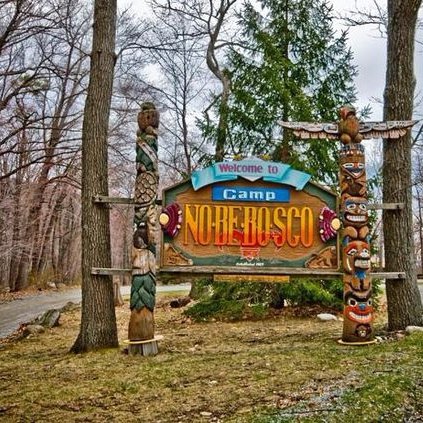 Camp No-Be-Bo-Sco in New Jersey has the fortunate (or unfortunate?) claim to fame of being the location for the filming of Friday The 13th. You can visit the Camp Crystal Bay (aka Camp Blood) and take in the creepy atmosphere for yourself! 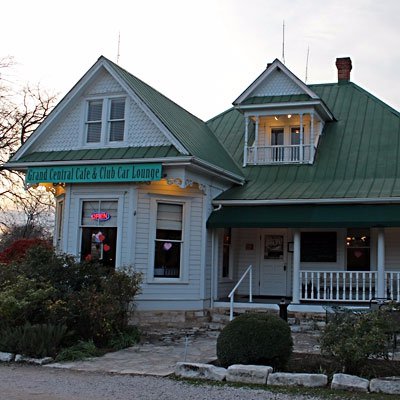 The filmmakers went method here and stuck to Texas for this iconic horror movie, and the once terrifying house can now be visited as the Grand Central Café that will provide you satisfaction rather than terror! 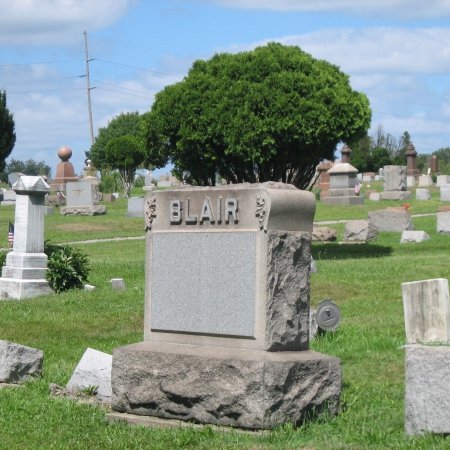 The Evans City cemetery was used in the filming of Night of The Living Dead, and horror buffs can enjoy a (hopefully!) danger free stroll through the location to soak up some movie memories. 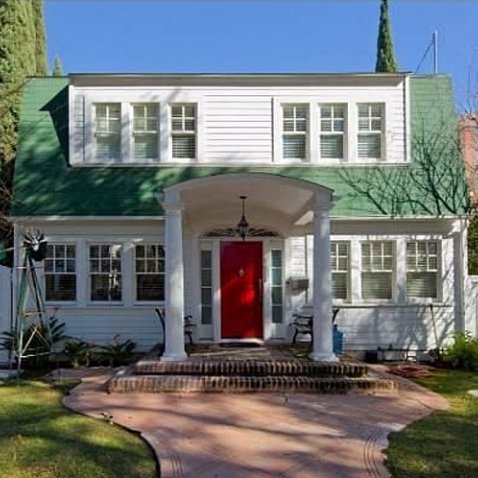 Fully restored so it is looks exactly as it did in the movie, Nancy’s House will rekindle those sleepless nights you had thanks to the nightmares. You’ll find it in a little street off Sunset Boulevard. 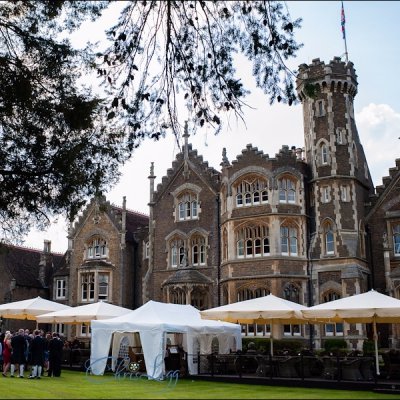 Not all our fave Halloween movies are super scary – some are huge fun. Oakley Court in Berkshire was used as the creepy but cool home of Frank N Furter and his group of transsexual transvestites from Transylvania. You can actually book weddings there now! 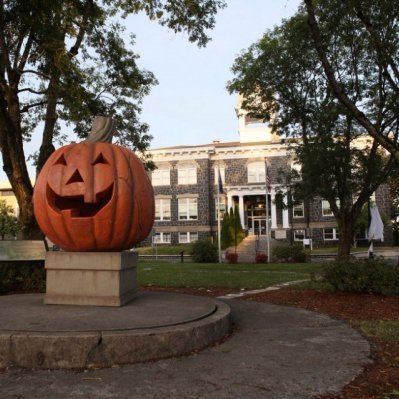 The 1998 Disney movie is an absolute annual classic, and the place where it was filmed, St. Helens, Oregon, pays tribute to the movie by holding a month long festival during October. The town is decorated to recreate iconic scenes! 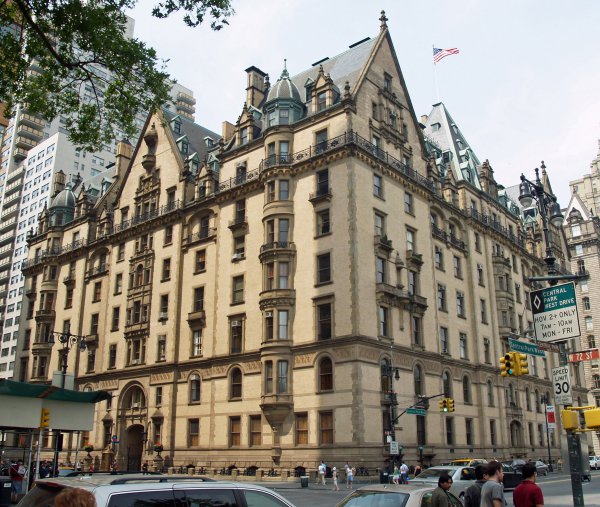 Renamed as The Bramford for the classic horror movie, the Dakota Hotel served as an apartment building that Rosemary and her creepy AF baby lived! 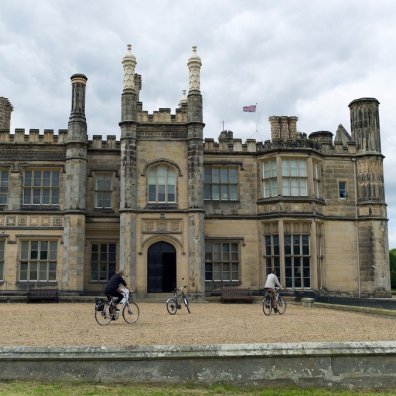 The Little Vampire is one of the sweeter Halloween movies you can watch, and Dalmeny House in Scotland was the location for the cool mansion that served as home to little Tony Thompson and his family. 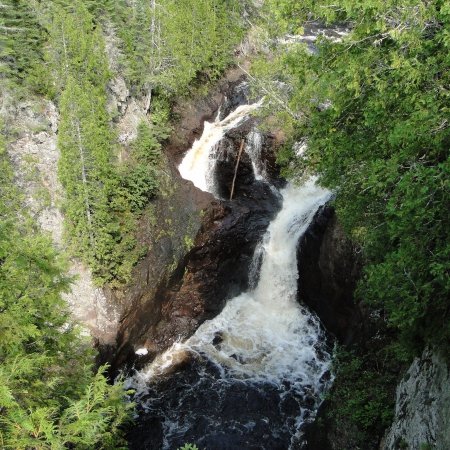 Devil’s Kettle Fall is the location for some of the memorable exterior shots in the movie Jennifer’s Body, and it boasts an extra element of creepy in the fact that experts have no idea where the water from the falls actually goes when it hits the surface! 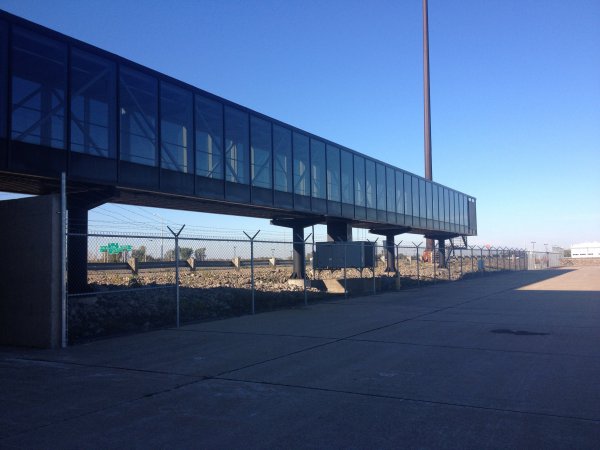 This recent popular horror movie used Mirabel Airport in Quebec to film some of its most memorable scenes, perhaps you can re-enact them if you happen to be passing through! 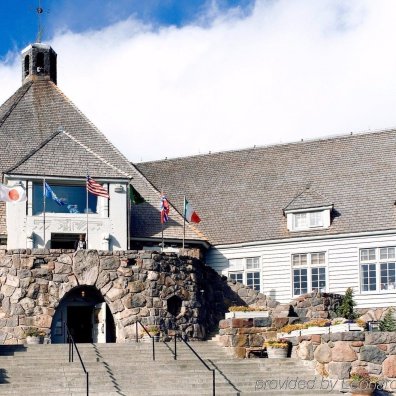 The Timberline Lodge in Mount Hood provided the location for The Shining, one of my favorite movies of all time. Imagine going to spend a night there; I don’t think I would be able to separate reality from fiction! 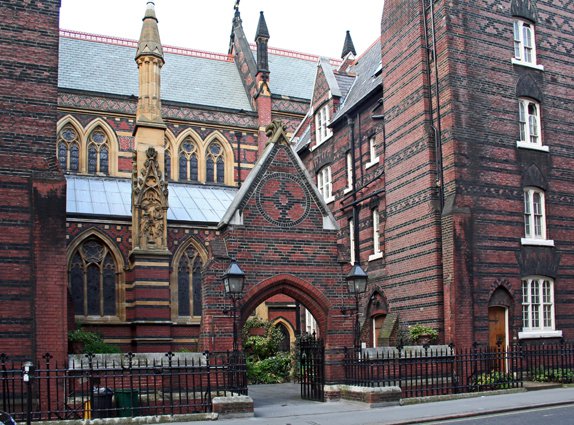 Remember the scene from The Omen where a priest gets impaled by a lightning conductor? That church is All Saints and stands close to the River Thames. 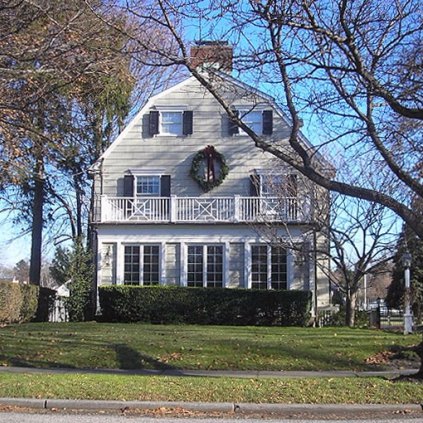 We all know the gruesome true story of the murders that took place at this house in Amityville, Long Island, and fans of the movie franchise that are inspired by true events can still visit the house today. 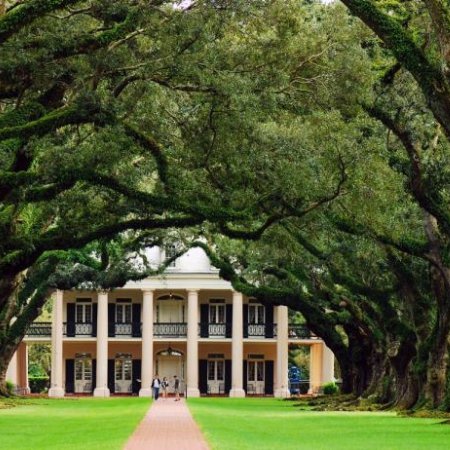 One of the sexiest Halloween movies is definitely this one based on the novel by Anne Rice. Louis’ home in the movies is a former sugar plantation on the banks of the Mississippi. It’s a National Historic Landmark. 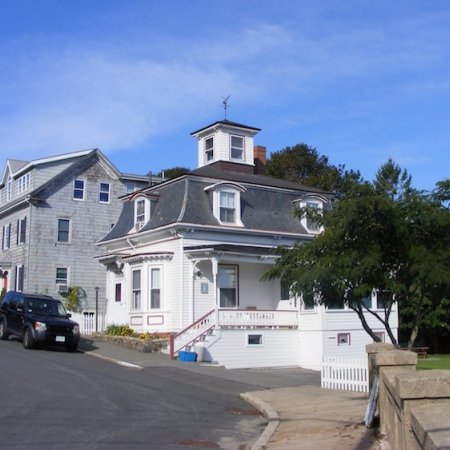 The Dennison house in Hocus Pocus was pretty much my dream house when I was growing up! The white house with the cool mini tower on top can be found in Beverly, Massachusetts, even though the movie is set in California! 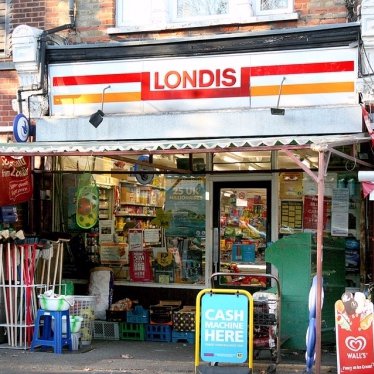 Halloween can always be made better with a dose of comedy and the crazy UK movie about zombies delivers it in bucket loads. Visit the Weston Park Grocery and buy a Cornetto. 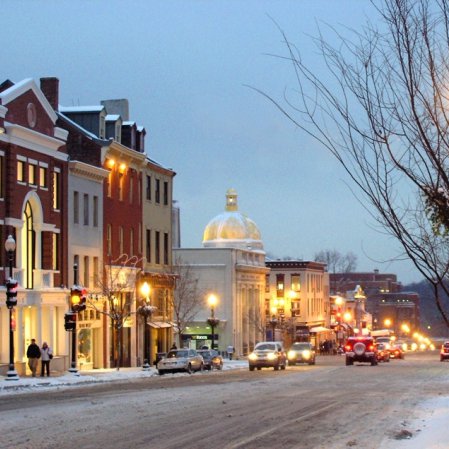 Georgetown proved to be the ideal setting for the final showdown in this classic horror film. It is said that joggers in the neighborhood often choose to add the infamous staircase in to their exercise routine! 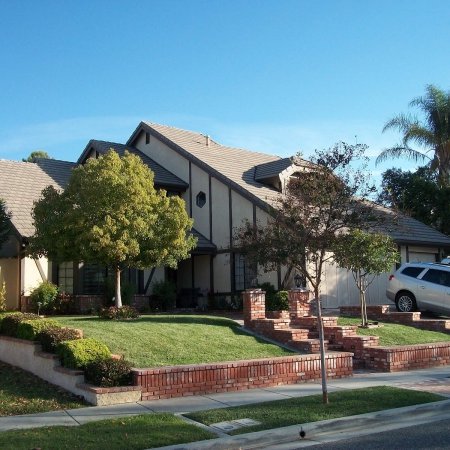 Do you want to be taken to the other side by an evil spirit? Then visit 4267 Roxbury Street in Simi Valley – but don’t turn on the TV.

Which horror film/scary movie location would be top of your to-visit list?