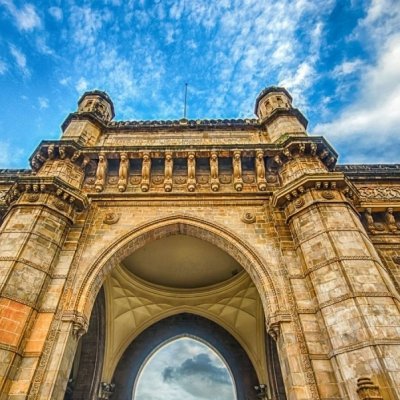 Most major cities have an impressive arch (or two) but there are truly some magnificent triumphal arches around the world. Because they are commemorating a triumph or victory, they are usually huge and impressive. Sometimes they pander to the ego of the victorious person and sometimes they are the gift of a grateful or impressed nation. It is widely accepted that the Romans started the tradition of triumphal arches but you’ll find them in many countries – like these:

1. Linking Hands at the Arch of Septimius Severus, Libya

One of the world's earliest triumphal arches, the Arch of Septimius's actual date of construction has been lost in the mists of time. It was built sometime during the reign of Lucius Septimius Severus, a Roman Emperor born in Leptis Magna, which lies in present day Libya. He reigned between 193 and 211, the year of his death. At the centre of the arch's decorations the stonework shows Lucius shaking hands with his two sons, Geta and Caracalla. Since Caracalla is still a young man in the depiction, it is likely the arch was built in the early 200's, shortly after Lucius became emperor.