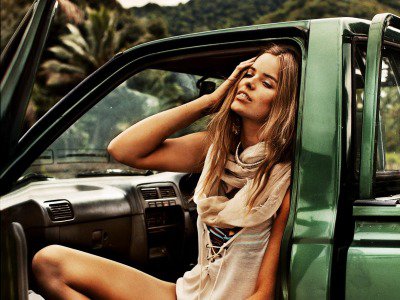 There is possibly nowhere else in the world boasting more beautiful or exotic places to go treasure hunting. In the Kola Peninsula you can explore caves and crevices for some of the most beautiful and unique gems – amethysts. All along the sparkling Tersky Coast, you can search for the beautiful and coveted purple cragged rock. Perched high above the Arctic Circle, the region is famous for its rich mineral, metal and gem deposits. To enjoy the ultimate treasure hunt, book a tour alongside fellow mineralogists.

Enter the geek with the metal detector! As long as you have the landowner’s permission, the English countryside is pretty much yours for the taking. The land is absolutely littered with seriously old coins, dating back for centuries. Roman coins, Anglo Saxon treasure and all manner of goodies have been found and continue to be found all over the place - so much so that there is even a law governing finds known as Treasure Trove.

The mysterious Money Pit is found on what would otherwise be a pretty uninteresting island as islands go. Discovered initially in the late 1700s, the pit has long been a source of fascination for visitors who come from all over the world to go treasure hunting and uncover the secrets of the hole. Could they be looking for the treasure of Captain Kidd or be hoping to find Marie Antoinette’s lost jewels?

For any dinosaur enthusiast, there is one treasure hunt that you will not want to miss. Three times a year, the Australian Age of Australia group organizes a Dinosaur Discovery Week allowing Dino fans to dig for fossils, unearth them, prep and plaster them – just like a real live archaeologist. There are 13 dig sites available at a time and places fill up quickly so intrepid treasure hunters need to book their spot way in advance.

Just a hop, skip and a jump away from Tortola is a treasure seekers retreat – Norman Island. Nicknamed Treasure Island, Norman Island is a popular retreat for divers and snorkelers and visitors who want to be surrounded by nature. Still, there are many people who still believe that there is much hidden treasure tucked away in the caves on the island, a legacy from the days of the Caribbean pirates (a la Captain Jack) just waiting to be discovered. And hundreds of people come from all over the world every year to hunt for buried treasure in mysterious caves and under the sea.

Far away from any modern city, tucked away in the heart of Australia is the opal capital of the world – Cooper Pedy. Opals were first discovered here in 1915 and the small town experienced a boom as it exploded into a mining town. And this time it’s a chance to really score in a dig for treasure as many an adventurer has scored big when digging for opals. Known as fossicking in Australia, this is treasure hunting the old-fashioned way.

You may be wondering what exactly it is that you would be able to find in over 1 million square meters of desert sand that you could possibly call treasure. In fact, the Gobi desert has the richest collection of ancient fossils simply unmatched anywhere else on the planet. Although you are actually not allowed to take any of your finds back home with you afterwards, it is one of the sure fire ways to actually discover some of the world’s finest protected treasures.

Papua New Guinea is the place to be if you fancy a gold discovery or two. With legendary finds of gold nuggets rumored to be the size of ducks eggs, organized tours of the area are bigger than ever. Treasure hunts in the stunning surroundings of Papua New Guinea last about 3 weeks and the chances of striking it are high here in the hills – no wonder it is so popular.

Whether you go on a quest for fun or for serious reasons, interesting and valuable finds occur in all corners of the Earth, and you may be surprised at some of the best places to go treasure hunting. You might also want to try something which is increasing in popularity – geo-caching. Have you ever been on a hunt for treasure? Were you successful?