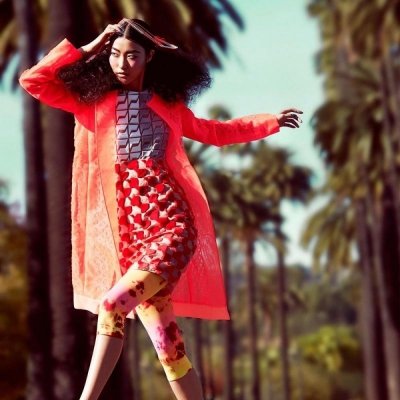 Phobias are often perplexing to those who don’t suffer from them, and this is the case for me and travel phobias. When it comes to travel, there are angst-inducing scenarios and fear-triggering situations that can be severely restrictive on where to go, how to get there and what to do when you’re there. These travel phobias are nothing to write home about and they’re nothing to laugh about either.

Seem obvious to start off the list of travel phobias with the phobia of travel itself, n'est-ce pas? As an avid traveler I find this hard to get to grips with, but obviously there are people who suffer from hodophobia. What for others is thrilling – booking a ticket, waiting in line at the airport, lots of different transport options – creates a state of high anxiety in hodophobes. It might be a fear of a mode of transport, or it might be a full blown fear of traveling beyond a certain distance from home.

Don’t you just love the names of phobias? This is one of the most common travel phobias – the fear of flying. It’s interesting because most people will assume it is merely being scared of airplanes, helicopters and hot air balloons, but it can be triggered by all sorts of fears, such as fear of enclosed spaces (claustrophobia), acrophobia (fear of heights) and even fear of vomiting (emetophobia).

You probably know many xenophobes, although they will be mild incarnations. A true card-carrying xenophobe doesn’t venture from their home land as they have a fear of people from other countries, and it’s a fear that often extends to become an irrational dislike of anything foreign. I guess xenophobes don’t have any issue on deciding which country to visit on vacation then!

Do you dream of tropical beaches where the sands are washed by gentle waves? It’s a place many of us escape to when we’re daydreaming, but not if you’re a thalassophobe, because you, my dear, have a fear of the ocean. This can exhibit itself as being scared of going into the sea, being near the sea or even flying over the sea.

You will rarely see a gathering of enochlophobes because these poor people are dealing with a fear of crowds. You might think that’s one of the least inhibitive of the travel phobias because not everywhere is crowded. But, not only are the world’s great attractions often mobbed by crowds, airports and main train stations are definitely crowd magnets. Even getting started on a vacation trip is an issue.

If you love animals and enjoy animal-themed activities on vacation, do not have a zoophobe as your traveling companion. Go holidaying with a zoohobe and you won’t be visiting zoos, trekking through a national park or enjoying an African safari, because zoophobia is the fear of animals. This fear also has a different take – agrizoophobia – a fear of wild animals.

I know most of us don’t like queuing but it’s inevitable when you’re visiting some of the world’s greatest tourist sites. Disney parks are well known for their queues but you are unlikely to be standing in line next to a macrophobe, as they suffer from a fear of long waits. I wonder how they cope with an extensive flight delay? Maybe they just don’t go where they know there’s a risk of a long wait. That’s certainly inhibitive to travel plans.

One of the travel phobias I haven’t mentioned is because I can’t quite get my head around it is nomophobia – a relatively recently developed syndrome. Can you imagine not being able to travel because you have a fear of losing your mobile/cell phone connection? I’m mightily glad I don’t have any phobias that inhibit me traveling but many do. Are you among them?