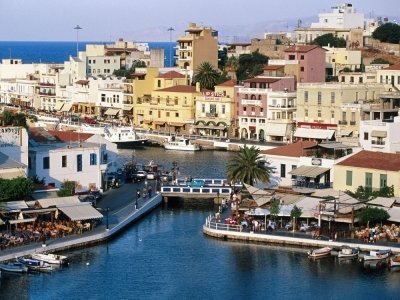 All the Greek Islands are packed with attractions and, being no exception, there is a host of must see attractions in Crete. Crete is the fifth largest island in the Mediterranean Sea and is the largest of the Greek Islands, as well as the most populous. It has been a favorite holiday destination for decades as tourists make their way to the gorgeous island to experience the Greek culture, history, the glorious climate and beaches and the multitude of attractions of Crete.

Plan for spending a full day at one of the biggest attractions of Crete. The Minoan Palace of Knossos was originally built in 2000BC, but destroyed by an earthquake only 300 year later. However, an even larger-scale palace was built over top of it, only to be destroyed again, likely by tidal wave caused by a volcanic eruption in Santorini in 1450BC. Once filled with over 1,200 rooms, the ruins of this Minoan Palace are captivating. The grandeur of the palace rooms have been recreated to scale, so that visitors will come away with an impression of what the palace once was.