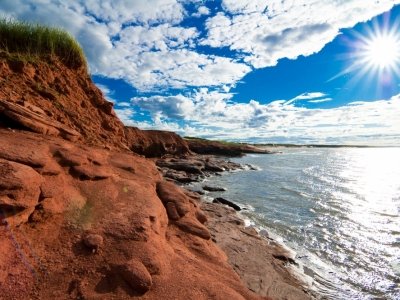 It is such a massive country that it’s easy to forget than the islands of Canada contribute to the total land mass. And, it’s also easy to forget that some of the most famous and wonderful cities of Canada are built on islands. Heck, there are even some provinces that are solely islands. So with tiny little uninhabited ones and huge mass-developed urban ones, the islands of Canada are more diverse than you might have considered.

Located at the confluence of the Saint Lawrence and the Ottawa Rivers, the island of Montreal has the largest population of any of the Canadian islands. On the island is the city of Montreal, a diverse city of more than a million and a half people. A little over 56% of the people speak French, followed by 18% speaking English. Besides the outstanding night life, with restaurants and bars too numerous to name, be sure to take in Old Montreal, a village that was once walled in. On its narrow, winding streets find quaint, historic buildings holding boutiques, galleries, museums, restaurants and sidewalk cafes. Visit Olympic Park, featuring the Montreal Tower, the planetarium and Biodome. Nearby is the second largest botanical garden in the world. Also nearby is the La Ronde amusement park and casino.