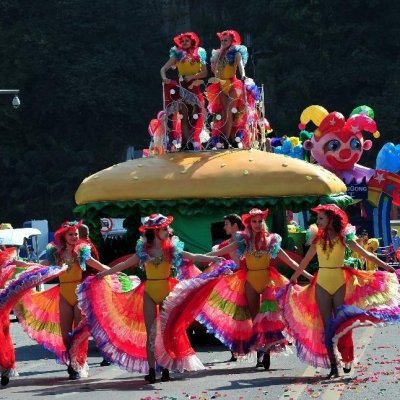 We've just enjoyed the Chinese Mid-Autumn Festival (or Zhongqiu Jie), a time when not only China but Chinatowns all over the world get noisier and busier than usual. Here in China, train stations, bus depots and roads were busy as people made their way home to spend the festival with their family. Mooncakes were sold everywhere. But what's all the fuss about? What’s this festival? Here are seven interesting facts that you might want to know about the Chinese Mid-Autumn Festival:

Why are there mooncakes during the Chinese Mid-Autumn Festival? Because it is celebrated to show gratitude and reverence to the moon, which the ancient Chinese (literally) look up to for its role in the changes of seasons affecting agricultural production. The festival is a way of thanking the moon for a bountiful harvest.

On the evening of September 8 (September 9 in other countries, if I am not mistaken), we looked up at the moon. It was in its ‘harvest’ stage; meaning it was a full moon. The date of the mid-autumn festival usually depends on the date of the full moon. It is called mid-autumn because as the name suggests the festival happens in the middle of the autumn (although I am not feeling any signs of autumn here yet as the weather continues to be hot and humid like summer!).

Mooncakes are round and sweet as they symbolize eternity (the round shape means it is never ending). The mooncakes stand for long life and happiness, so if you are given one, consider it as a wish from the giver for your continued success and good health.

There are different fillings to a mooncake depending which part of China they come from. Here in Guangzhou, mooncakes include sesame and lotus seeds, egg yolk, and shredded coconut. The mooncakes of Beijing are usually made of thin crust with a red bean filling that is particularly sweet. By tradition, these mooncakes are filled with any of these: lotus seed paste, sweet bean paste, five varieties of nuts and seeds, egg yolk, and jujube paste.

5. The Girl with the Moon

Who is that girl basking in the light of the moon (or often times portrayed flying towards the moon?) That’s Chang’e (pronounced as Chung-uh), wife of the warrior-turned-king, Houyi. There are several versions of how the couple’s relationship turned out. Here is one version: Legends tell the story of Chang’e who stole the elixir from Houyi, who became a tyrannical king and wanted to live forever. Afraid that Houyi will live long and continue to be cruel, she drank the elixir and flew toward the moon. This made her the Moon Goddess of Immortality.

The Mid-Autumn Festival is the second largest festival in China next to the Chinese New Year (or Spring Festival). Those who live and work in the city take time to pack their bags and go home. The festival usually falls on a weekday that is near the weekend giving the Chinese a three-day holiday. That means more time to spend with the family; a family reunion is a special part of this festival.

In some places in China, the Mid-Autumn Festival is the perfect time to find a partner as it was believed that the moon acts as matchmaker. Single men and women are told to seek the help of Chang’e by burning incense to the moon. Our cleaners also told me that in other areas, it is believed that couples who can’t bear children should bathe in the moonlight as the moon will bring them “good harvest”.

Did you celebrate the festival and burn incense to the moon?