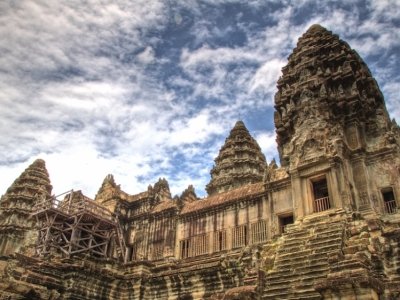 The lost cities of the world are an enigmatic collection of reality and myth. For some, there is genuine and very real evidence that these places once existed, while for others, their stories are forever shrouded in myth, and are still waiting to be discovered. Some lost cities were abandoned and left to go to ruin and decay, while others may have suffered at the hands of a disaster. Whether still lost or rediscovered, the lost cities of the world have long been a source of fascination for historians, archaeologists and travelers.

For lovers of ancient mythology, Troy will always be at the top of the world’s lost cities. There is probably no lost city more fascinating than Troy, with its connection to the Trojan War and Odysseus’s use of the legendary Trojan horse. What you may not realize however is that Troy was actually a factual settlement, located in what is now Turkey. Found by archaeologists in the mid-19th century, the ruins of Troy are now a world heritage listed tourist attraction, which is certainly worth seeing if you’re planning a visit to the area.