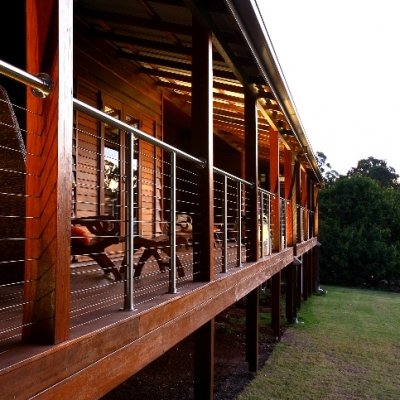 Of all the hotels owned by celebrities, this is the one I would most want to visit. Owned by movie director Francis Ford Coppola, Blancaneaux Lodge is in San Ignacio in Belize. Located in the gorgeous rainforest jungle scenery of the Maya Mountains, the luxury lodge offers 20 rooms in spacious villas and cozy cabanas which overlook rivers and waterfalls.

London has a multitude of high class hotels but only one can claim ownership by Elizabeth Hurley, she of that Versace dress. Hurley is a model, an actress and fashion line entrepreneur, so hotelier fits nicely with that portfolio. 11 Cadogan Gardens is in a 54 room boutique hotel in London’s swanky Knightsbridge. Perfect if you want to join the jet set shopping at Harrods.

Some celebrities go far in giving back. Many people credit Robert De Niro with single-handedly changing New York’s Tribeca neighborhood. Today, Tribeca has been transformed from a run-down, drab, industrial area to a gentrified neighborhood. As well as playing host to the Tribeca Film Festival, founded by De Niro, it is also home to the Greenwich Hotel. The hotel boasts 88 rooms and an Asian spa in a 250 year old bamboo house, and of course, reflecting the owner’s heritage, the well renowned Italian restaurant Locanda Verde.

Visiting the Octagon Bar in The Clarence House left such an impression on U2 when they popped in for a drink that they bought the hotel. Owned by Bono and The Edge since 1992, The Clarence is located in Dublin’s fair city right on the River Liffey. It’s easily one of the coolest hotels in the Irish capital, offering 49 rooms with all mod cons in a traditional setting.

Where does a high flying hot Hollywood superstar disappear to when he wants to escape the crowds? Why, to his very own five star retreat, of course. If you’re joining the ranks of celebrity hotel owners, you might as well make your investment somewhere you want to stay – right? Hugh Jackman is the co-owner of the Gwinganna Health Retreat, a sprawling log-cabin inspired health resort in the dense jungle of the Tallebudgera Valley in the Gold Coast hinterland.

Andy Murray cemented his place in sporting history when in 2013, he became the first British man in 77 years to win Wimbledon. His prize money is obviously being put to good use as an investment in his future for when he can no longer enjoy a top three world ranking as a tennis player. Early in 2014, Andy Murray bought Cromlix, a hotel near his home town of Dunblane in Scotland. After some extensive refurbishments it reopened its doors on April 1.

Another of the hotels owned by celebrities in the USA, the blockbuster name on the deeds of the Mission Ranch hotel is none other than Clint Eastwood. You’ll recognize the name of the location too, for the 32-room hotel is in Carmel, California – the town where Clint Eastwood was once mayor. The former dairy farm was at risk of being converted into condos until Eastwood saved it and made it a chic, rural hotel.

Would you go out of your way to stay at a hotel owned by a celebrity?