11 Hidden Gems of America That Shouldn't Be a Secret ...

The iconic and magnificent US attractions are known all over the world, but this also means visitors miss out on some hidden gems of America that deserve more attention. Tucked away in the corners of all states are sometimes surprising, but always interesting attractions that showcase the beauty, history and culture of a great nation. So for sure, if you planning a visit, see the Statue of Liberty, the Golden Gate Bridge and the casinos of Las Vegas, but consider adding some of these hidden gems of America to your list.

An hour northeast of Las Vegas is the 42,000 acres Valley of Fire State Park. If you want to see an elephant, a beehive and an arch made out of stone then this is the place to visit. A number of the national and state parks are hidden gems of America and like all of them, Valley of Fire is ideal for hikers. Some trails can be long and strenuous so make sure you are well geared up with water and snacks. The best time to visit is outside the summer months as then the Mojave Desert can have temperatures over 120°.

Picture the Gold Rush towns from the movies and you will remember the saloons and stores. What will be surprising is that the Joss House State Historic Park in Weaverville also has a 138 year old Chinese Temple. This was an area where the Chinese were welcomed and not discriminated against, and the area has become a monument to the Gold Rush era. Much has been updated and it will provide the same sort of facilities that other towns will – cafes and restaurants etc, but also help remember the history of the region. 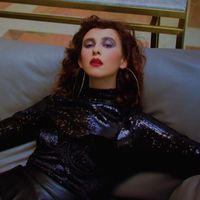 7 Hotel Mistakes That Everybody Makes ... 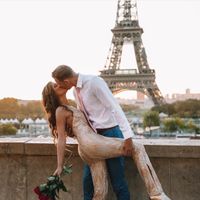 Virginia state has plenty of brilliant spaces for cycling and hiking and these are great ways to explore some of the hidden gems of the US. Damascus is the connecting point for 7 major trails and as such, the town is a hiker’s and biker’s haven. Early morning will see the town full of those about to begin their journey and all will be stocking up on breakfast that will see them through the morning. Probably the most well known of the trails that intersect here is the 2180 mile long Appalachian Trail, but if that’s simply too daunting, try the Virginia Creeper.

Russell Cave is one of the best kept secrets of America. The limestone cave in northeastern Alabama provided a shelter for people for about 10,000 years. As well as being a place to escape the elements, the cave which is 210 feet long x 107 feet wide x 26 feet high also has its own freshwater spring. There are tours of the caves led by rangers (which have wheelchair access) and there’s also a birding trail that runs for 1.2 miles through Montague Mountain.

One of the most amazing, yet least visited rock formations in the US is the “sky island” at Chiricahua in the Arizona grasslands. The weather makes visiting difficult as storms can be fierce which is a pity as the outstanding rock formations should not be missed. The weather and geology have combined to create formations which include Punch and Judy and the Duck on a Rock. There are stunning trails to hike through four ecosystems and if you’re lucky, you’ll see black beers and white-tail deer. It is not possible to stay here, but accommodation is less than 40 miles away in Willcox.

117 miles from Albuquerque is another of the hidden gems of America – the El Morro Bluffs. There is plenty of evidence that the bluffs have had many visitors over the centuries as thousands of petroglyphs, dates, names, signatures, and messages have been carved into the rocks; many of the antique ones probably carved when people stopped at the pool for water and shade. A 2-mile trail loops past the pool and up to the top of the bluffs where there are Puebloan ruins and magnificent views of the valleys and mountains.

George Carver Washington was a 19th century agricultural scientist. Carver was the son of former slaves and much of his work was in the development of crops as an alternative to cotton (he published 105 recipes for peanuts and developed 100+ peanut based products!) The monument is a living museum in Diamond, Missouri (about 150 miles from Kansas City) where all aspects of farming life from Carver’s time can be experienced. The work must be done and the visitors do the chores, doing the laundry by hand, taking part in bee pollination and working towards creating peanut paper. One of the best kept secrets of the US, the nature trail takes you past the cabin were Carver was born and also, you can visit a cemetery dating back to before the Civil War.

Hovenweep means deserted valley and Hovenweep is one of the USA’s ghost towns. At one time, there were villages in this area of the Utah/Colorado border and they dated back to the 13th/14th Century. Although now abandoned (when drought forced the villagers to move on) and merely a monument, it is still possible to see how the residents lived as the six villages still have granaries, houses and ceremonial structures known as kivas standing.

If you want to see fossils that are 20 million years old, then the Agate Fossil beds are the place to go. Found in an isolated area of Nebraska, miles from anywhere, what makes this one of the hidden gems of the US are the 2 trails leading to fossil sites: one showing petrified spiral dry land burrows made by beavers, while the other goes through the wetlands of the Niobrara River. There is a collection of Native American artifacts and also some of the more outstanding fossils that have been collected are exhibited. There are also moccasins and decorative clubs that the Lakota Sioux presented to local rancher, James Cook in the mid 1800s.

In New Mexico are the remains of the largest military fort built in the Southwest. Dating back to 1852, Fort Union looked down upon the Santa Fe Trail and watched the traders taking their wares between New Mexico and Missouri. There is some outstanding scenery showing the prairie in all its glory. There are also regular re-enactments of scenes from the history of the fort and the trail.

The reasons Cape Krusenstern is one of the best kept secrets of the US is because it is not easy to get to. Right up in northwestern Alaska between the Chukchi sea and the Arctic Ocean, the cape can only be reached by plane, boat or snowmobile. The national park is bare of facilities except for a visitor’s center in the Northwest Arctic Heritage Center in Kotzebue. The area is a gorgeous mix of a treeless landscape, wildflower covered limestone hills and gorgeous beaches. If you want to be at one with nature, kayak the lagoons and look out for wild birds. The park is also a draw for anthropologists who study the indigenous population that have called this wild land home for millennia.

Have you ever visited these hidden gems of America? I’d love to hear of others you know of too. 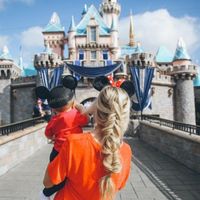 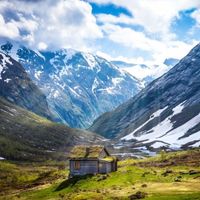 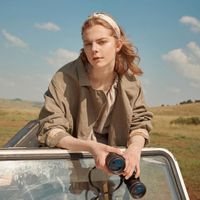 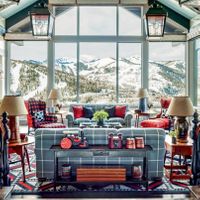 7 Intimate Ski Resort Towns in the US ... 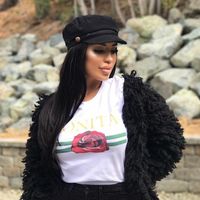 7 Top Rated Places to Visit in the Bahamas ... 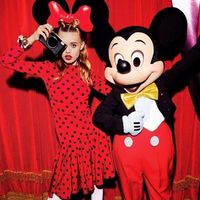 7 Types of People You Meet in Disneyland ...

What does it mean when a guy pins you to the wall ...
How often do i need to feed my fish ...
His friends tease him about me signs ...
How many kilocalories of energy are provided by one gram of fat ...
Is mahi mahi fishy tasting ...
How to dress more sexy ...
Is german rye bread good for you ...
How to get iron if you don't eat red meat ...
Is eating too much tuna bad for you ...
He puts his arm around my waist ...