Get Ready to Scream the Most Spine Tingling Bungee Jumps in the World ...

Bungee jumping has cemented itself as one of the most adrenaline pumping travel adventures, and unlike many other options, it is very accessible to anyone. If you have a wish to throw yourself off into the blue attached to an elasticated rope, there are now so many places around the world where people will give you that helpful push. If you really want the full on, most awesome experience, these are the most spine tingling bungee jumps in the world:

The biggest reason why this is one of the scariest bungee jumps in the world is that it lacks a lot of the safety measures you’d see at other bungee jump locations. But that doesn’t mean they take no safety steps at all - they make sure you are securely tied in so the risk is actually minimal – after all, Cameron Diaz did it! You may feel a bit insecure but the staff is very professional. The red cage inches you up to a platform that sits close to 400’ high, but when you’re at the top on the platform about to experience the 4th biggest bungee jump in the world, you’ll feel perfectly safe. Scared, but safe!

Not only are you in a beautiful and exotic location, but it’s the Last Resort! Seriously, the jump is part of the Last Resort Outfitters offerings, which include other fun activities as well as the bungee jump. The jump is located 524’ above the picturesque gorge carved out by the Bhote Kosi River below. The jump takes place off a suspension bridge, a wonderful place to stop and see the phenomenal scenery even if you weren’t going to jump. 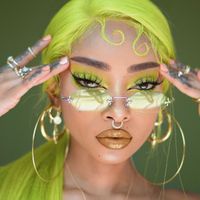 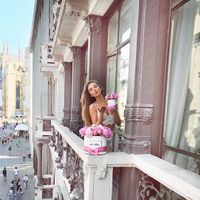 7 Incredible Ways to Be an Awesome Aunt ...

New Zealand has two of some of the scariest bungee jumps in the world! The Kawarau Bridge jump was the first commercial jump in the world, and hails at about 141 feet. Here, you can choose to bob above the water or be dipped into it. It’s one of the only places you can tandem jump so you can jump with a friend. The Nevis jump is 439’. You get to it on a narrow winding road, then you are piled into a cable car with a couple of other jumpers and lowered to a pod in the middle of the canyon, suspended there by cable wires. After all this build up the jump should be a piece of cake!

The Victoria Falls Bridge stands between the country of Zambia and Zimbabwe. Jumping off a bridge between two countries makes a much bigger statement than a selfie with one foot in each country, right? Not only are you jumping from a 364’ height and into a deep canyon, but you are headed straight for crocodile-filled waters. Yikes!!

The famous 007 Jump is named for the cameo in the James Bond movie GoldenEye, where James Bond leaps from the ledge of the Verzasca Dam. The jump point sits 720 feet above the canyon floor, holding the world record for a jump from a dam. As you gain experience you’ll be able to try different jumps, like jumping backwards or at night, and after the 3rd jump you can go on the “Ultimo,” where you can jump feet first while holding on with your hands and harnesses attached to your belt.

Europabrücke simply means “Europe’s Bridge” but Europabrücke sounds so much more exotic, doesn’t it? The jump point off the bridge is 629 feet high, hovering over the Sill River and the Wipp Valley. While Austria offers hundreds of historical points of interest, this is a refreshing and exciting diversion from sightseeing. The jump point is actually just under the bridge, since it is a working bridge with regular vehicle traffic.

The world’s highest bungee jump hails at 764 feet. It’s so high that you can see nearly all of Macau from the top of the AJ Hackett Macau Tower. The tower, similar in design to Seattle’s Space Needle but about 150 feet taller, sits near the water so you can see not only the lay of the land but ships coming and going. As if to add to the sense of danger, in the skywalk there are signs that say “Caution, Falling People!”

Why should you not eat junk food ...
Is it good to eat an apple in the morning ...
What your nail polish says about you ...
What to eat with ruce ...
Is saigon cinnamon good ...
His ex wont leave him alone ...
Fast food is not good for health ...
Is hazelnuts good for you ...
What can i cook with bell peppers ...
What vitamins make you fat ...