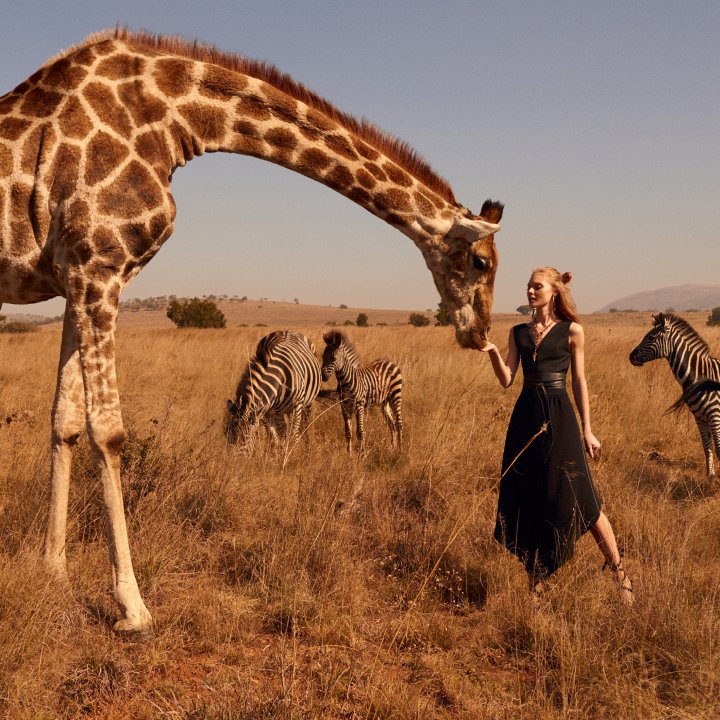 From coast to coast, and from its cities of seething masses to the expanses of deserts and grasslands, the geographical facts of Africa are sure to astound. Once known as the Dark Continent, it remains a place of fascination and mystique for many travelers. Let’s examine some of the geographical facts of Africa that make it such a fascinating place.

One of the geographical facts of Africa is that it is the most centrally located of all the continents. The prime or Greenwich meridian, longitude 0 degrees, traverses the Atlas Mountains of Morocco, Algeria and Tunisia, through the West African coast near Accra and Ghana. At the same time, the Equator, latitude 0 degrees, separates Africa into equally divided North and South segments.

2. The Cradle of Humanity

Africa is generally accepted as being the birthplace of humankind. The home of the earliest Homo sapiens, known as the modern human, was discovered and recognized as being in Ethiopia in central eastern Africa where the findings were dated to circa 200,000 years ago.

3. The Largest Crater in Africa

A phenomenon occurred over two billion years ago when the largest crater in Africa was formed. A thousand megaton blast of energy occurred, near Vredefort in the Free State of South Africa. It was caused by a meteorite, 10 kilometres (6.214 miles) in diameter, in an impact that would have turned about 70 cubic kilometres of rock into vapour. It would also have increased the level of the oxygen on Earth to an extent, whereby multi-cellular life was developed. It the largest crater on the continent and is known as the Vredefort Dome. It was declared a World Heritage site by Unesco in 2005.

4. The Largest Desert in the World

There are many large deserts contributing to the geography of Africa, but none more formidable than the largest one in the world, the Sahara. Located in northern Africa, it extends over an area of 3,500,000 square miles (9,065,000 square kilometers), of which only 80,000 square miles consists of partially fertile oases. However, as the boundaries of this desert have been shifting for a thousand years, they are not defined. Its limits though, are the Atlantic Ocean to the west and the Atlas Mountains and Mediterranean Sea to the north. In the east is the Sudan, while to the south is the valley of the Niger River.

5. The Tallest and Lowest Points of Africa

The imposing Mount Kilimanjaro in Tanzania towers 19,340 feet (5895 meters) above sea level. It is the tallest free-standing mountain in the world and the highest point in Africa. At the other end of the African scale and situated in Djibouti at 512 feet (156 meters) below sea level is the lowest point in Africa, Lake Assal.

6. The Largest Lake in Africa

The continent of Africa boasts the second largest freshwater lake in the world, Lake Victoria. Located on the western side of the Great Rift Valley in the east central part of the continent, it is also the largest lake in Africa. The lake borders on the countries of Uganda, Kenya and Tanzania. It covers an area of 26,830 square miles (69,490 square kilometers) with its deepest known point 270 feet (82 meters). The basin area of Lake Victoria extends over 92,240 square miles (238,900 square kilometers) and is also recognized for having over 200 species of fish.

7. The Longest River in Africa

One of geographical facts of Africa familiar to many of us is that the Nile is the longest river in the world. With its origins in Burundi, it stretches for over 4,100 miles or about 6,600 kilometers, flowing in a northerly direction through north eastern Africa. After a journey across Egypt it eventually comes to rest by draining into the Mediterranean Sea. The basin of the Nile River is vast and occupies about ten percent of the African continent. Segments of the countries included in the basin, other than Burundi and Egypt, are Ethiopia, Kenya, Rwanda, Sudan, Tanzania and Zaire. The area of drainage into the basin has been estimated at 1,293,000 square miles or 3,349,000 square kilometers.

For anyone still seeking the Lost World, one of the interesting facts of the geography of Africa is that scientists believe that Africa was once joined to the other continents of the Earth. It formed part of a super-continent named Pangaea. About 80 million years ago in the late Cretaceous era, Asia and South America broke away from Africa. Although the island of Madagascar also split from the continent of Africa about 10 million years ago, it has otherwise not seen much movement.

9. The Greatest Waterfalls in the World

For a conclusion to some of the geographic facts of Africa, what could be more inspiring and awesome than the magnificence of an African “Sipôma” (waterfall); in this instance, the Victoria Falls of Zimbabwe! Significantly larger than the Niagara Falls, the Victoria Falls are 1,708 meters (1867 yards) wide. They have been described as being the greatest curtain of water in the world. During their highest point in March/April, it is estimated that 500 million liters of water each minute flow over the falls. Although the Iguazu Falls in South America are wider, they are divided into more than 270 separated smaller falls.

Thank you for coming with me on a whistlestop tour of the geographical facts of Africa. Have you been inspired to visit the Dark Continent?