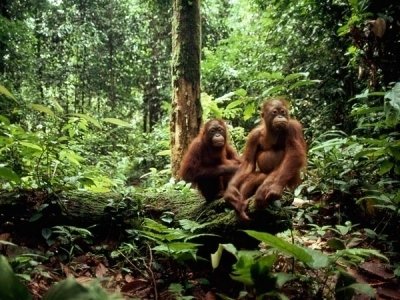 There are endangered forests on every continent. Did you know that some areas of forest have shrunk to 10 percent of their original size? It’s kind of a double-edged sword because they provide so many benefits to the needs of man, but in destroying these precious habitats, we are also affecting the health of our Earth. It is estimated that the world’s forests store more than 25 gigatons of carbon. On the opposite side of that it is calculated that 15% of the world’s greenhouse gas emissions come from the destruction of the forest. When people think of deforestation, they tend to associate it with Brazil and the Amazon rainforest, but the issue is far greater and widespread. Here are some of the world’s most endangered forests:

It makes perfect sense to put Eastern Afromontane in the list of endangered forests. Lying along the Albertine Rift, which runs from Saudi Arabia in the north of the continent to Zimbabwe in the south, the Eastern Afromontane has more animals compared to other places in Africa. Due to the manner of its volcanic creation, it has some incredible lakes that are home to an astonishing 617 species found nowhere else in the world. Due to the farming of tea, banana and beans, there is only 11% of the habitat left. The new threat of the bushmeat market means that this remaining 11% is also in need of urgent conservation.