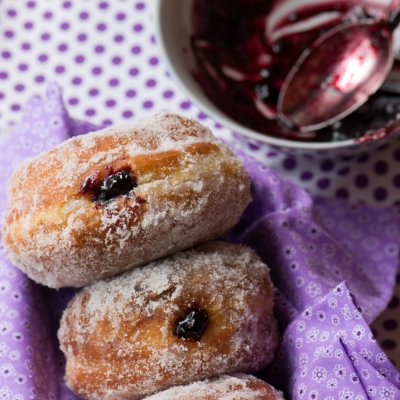 Berlin is one of Europe's greatest cities. It is brimming with sighs, entertainment and culture. If you're visiting it's easy to be overwhelmed by things to see, places to go, and things to do. I've a few selections from the masses on offer.

1. Remember Times Gone by at the Berlin Wall

2. Find Your Spiritual Side at the Cathedral

Via Top 10 Destinations to Spend ...
The Supreme Parish and Collegiate Church.

Via Berlin Street Art by Mentalgassi

4. Get Sugar on Your Lips

5. View the City from the Fernsehturm

Via Berlin – Fernsehturm – TV ...
Berlin's TV tower is the symbol of the city and the tallest building in Germany.

6. Admire the Structure of the Reichstag

Via Welcome to Flickr - Photo ...
The Reichstag is Germany's parliament building.

8. Immerse Yourself in the Cafe Culture

9. Get the Creeps at Beelitz Heilstätten

Via I would rescue this if ...
An abandoned military hospital.

11. Take a Photo of the Waterfall in Viktoriapark

12. See to Infinity and beyond

Via The Most Terrifying Spiral Staircases ...
The Spandau Citadel is one of the best-preserved Renaissance military structures in Europe.

13. Be in Awe of the Brandenburg Gate

14. Sit and Ponder in Gendarmenmarkt

15. Have a Drink by the River Spree

16. Fall in Love with the Architecture of Gedächtniskirche

Via Gedächtniskirche
Kaiser Wilhelm Memorial Church is located on the Kurfürstendamm in the centre of the Breitscheidplatz.

18. Get under Glass at Sony Center

19. Pause for Thought at the Holocaust Memorial

20. Look into a Marine World

Via World’s Largest Cylindrical Aquarium at ...
This massive fish tank is at the Radisson Blu hotel.

21. Walk in the Gardens at Schloss Charlottenburg

Via Kicking off my self-taught German ...

24. Buy Gifts at the Christmas Market

25. View Antiquities at the Bode Museum

26. Kick Back in Kreuzberg Neighborhood

Via Germany Tours (the Musical Kind) ...

28. See the Plants at the Berlin Dahlem Botanical Gardens

29. Take a Trip down the Spree River

30. Take a Pew at the Mauerpark

Via Another brick in the Wall

Via Best Countries for Beer
This is a memorial to the books that were burned by the Nazi regime.

33. Mingle with the Crowd at Alexanderplatz

35. Find Peace in the Tiergarten

36. Borrow a Book from the Tree Library

37. Enjoy the Sights at the Festival of Lights

39. Admire the Design of Neue Synagoge

40. Take a Dip at Badeschiff

Via Unusual Swimming Pools Around The ...

Via Mušḫuššu - Wikipedia, the free ...
The reconstruction of the eighth gate of Babylon is in the Pergamon Museum.

43. Get Some Retail Therapy at KaDeWe Department Store,

Via KaDeWe Berlin
The German Equivalent to Harrod's

44. Crane Your Neck to See the Victory Column

47. Chow down on Currywurst

48. A View to Commit to Memory