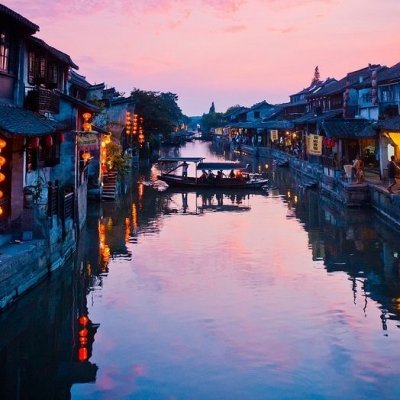 Shanghai is a great place to travel when you are in China because it’s a modern city juxtaposed with the presence of several ancient water towns, which give travelers glimpses of Old China. I recently spent five days in Shanghai to spend time for myself after a three-week trip around the United States with my husband and twins, and that Shanghai trip was all I need to center myself again. In my years in China, I visited a couple of ancient water towns and each one of them has etched memories in my heart and mind.

Among all ancient water towns, Xitang earned the distinction of being a featured site in Tom Cruise’s Mission Impossible 3 so don’t be surprised if you see a poster bearing his face in one (or many) of the shops. Xitang is home to stone houses and several stone bridges. Ancient water towns in China are referred to as China’s Venice so don’t miss taking boat tours down the canals and waterways.